Dear 16 year old me – What would you say to your younger self? 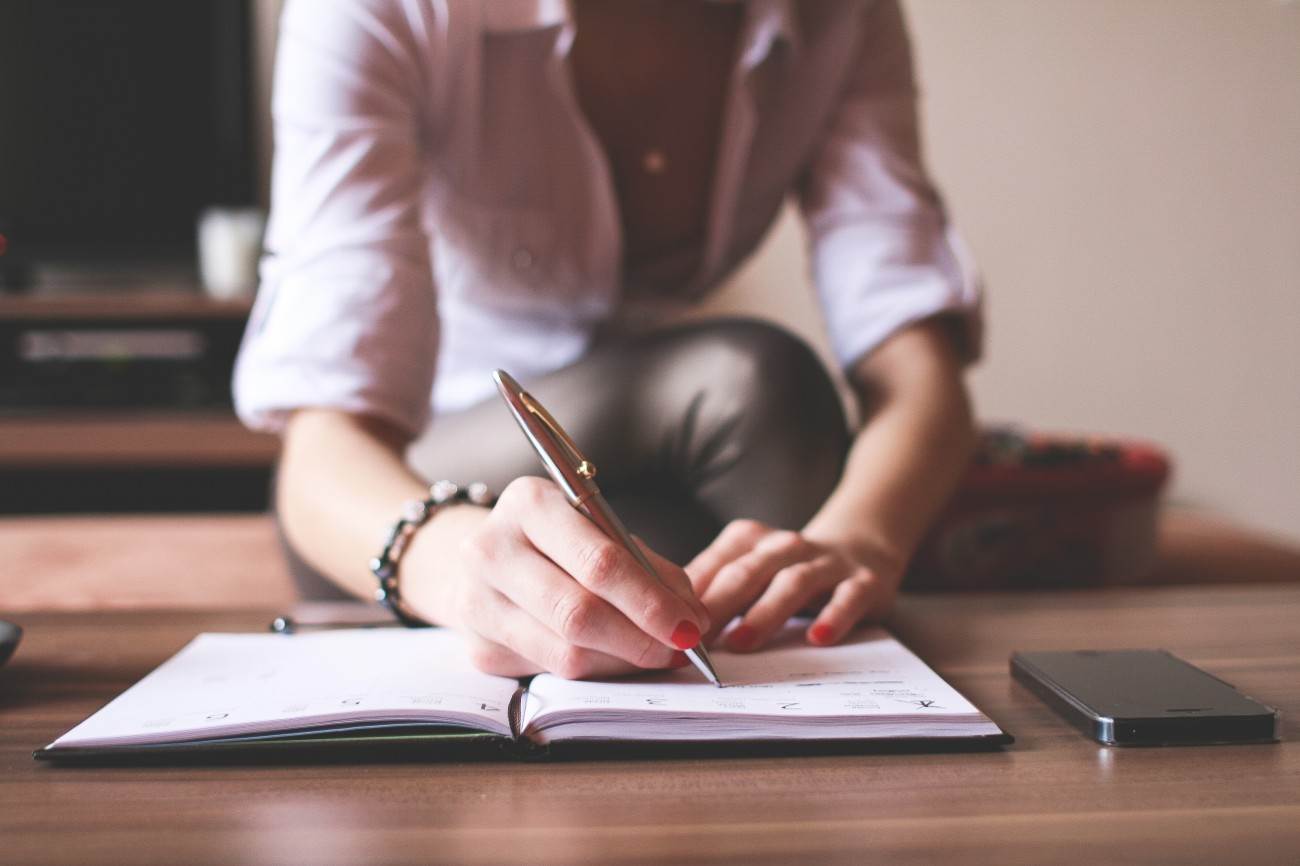 Many of us like the idea of reverting to the past and change the way we once planned but failed to deliver as expected. The thing is, despite life constantly tells us to move on, we still get stuck to this idea and re-create certain events in our heads that never happened; those ‘perfectly sculptured’ scenario we always wished could have materialized, instead of those detrimental ones. We know what reality is but our attempts to rise above set back-and-forth, ultimately leading to suppressing our emotions. So, moved on? No, not really!

Some advices we really wish we had given to ourselves, or least still, by someone else who would care for us and stood besides us like a cemented wall, support us like a pillar so that we would have never developed insecurities even if we would fall over and over again; this nonetheless wasn’t possible back then because of lack of experience, and absence of people who could understand our pain and took our take. Let’s re-create a parallel world where your younger self is standing beside you, without literal clues, but you as a third, possibly grown-up and stable person, always there to voice-up before it’s too late to ‘wake’ her up.

“The board exams are on your way and I know you are working really hard to score well. You have proven in your pre-boards already that you are not a failure. But most people aren’t going to believe it unless you prove it yourself. Scoring between 60s and 70s isn’t acceptable by those around you because they think it isn’t enough to structure your ‘possibly’ bright future. You may or may not get admission in the renowned institutions once your high school gets over, but you aren’t illiterate either! You are going to plan each time you fail but the pace of falling down will be countless. There will come a point where you will not remember how many times you have tried but this phase still won’t seem to go.

Let me tell you one thing. The marks do not decide anyone’s future. Learn to rise above that. Your neighbors and fellow classmates, especially the girls, are overly obsessed with scoring marks (only!) but less are they really interested in making a practical career path. Most aren’t going to turn to Managing Directors and CEOs, IASs or IPSs, not because they are incapable of, but because their brains are pre-designed by their own family in a certain way; they have to complete their studies and get married at a specific age because their successes aren’t defined by how much money they are going to make but at what age they get marry to ‘potential’ someone who earns enough as per patriarchal norms. This is how most individuals in a typical South Asian household thinks. Your scores as well as their scores don’t make any sense. So, stop whining about how useless trash are you!

Most millionaires and billionaires are school and college drop-outs because they were visionary and always kept their head held high by making their career in something they enjoyed the most, so if you think that it is the marks that decide your future, you need to think once again. The world won’t end if you fail. You need to figure it out yourself what your motivations are, so that other than uselessly taking part in blindfolded rat race, you experiment with something else.

Never compare your life based situations to somebody else’s because everyone of us struggle differently, either at present or by next decade, but we surely do. To continue working in a constructive manner and to get rewards, it is important that you remain positive and count your blessings, instead of complaining every now and then that how awful your life is. But yes, this is quite important that you come out of your comfort zone, if ‘achievement’ really means something to you.

There is a quotation, about which I have no idea, who wrote it but I like it very much, “If you love someone let them go, if you hate someone let them go. Actually let everyone go, people are stupid!”. Nearly a million circumstances are coming on your way that would let you do exactly as written, not now but eventually.

Your fears, anger, anxiety, hate, everything could be easily read, which is why you will be targeted the most. You don’t believe in fights and any other kind of dramatization, is actually a good trait but ignoring what feels right or wrong, simply because you have little to no courage to speak up, isn’t the right thing to do; and what’s worse? You get obsessed with what happened but your incapability to react! You must understand that raising a point becomes necessary at times, although in a controlled manner. Once you learn that, you will be able to tackle several upcoming situations that are ahead of you.

There will come a moment when you will feel as if you are not treated well or respected at all by your fellow mates. You will get offended by silly statements pointed by people at you. Let’s practice your ‘let-it-go’ attitude right now because this will be one of your motivations to move ahead in life. This is how we live our desires our way, and not as per social protocols. People just don’t shut up and the urges to slap each one of them elevates at times, although seems uncontrollable, yet is impractical as well. Yes, you cannot literally chain or beat them up. This isn’t legal either! So, show your deaf ear instead. This takes months and even years of practice, so why not start now? Later you will learn that speaking against anybody is actually a signal of insecurities deep down that these people carry with themselves. Even bullies are never fearless, they simply rule upon those who they ‘think’ are inferior to them.

Never let people’s opinions define your worth on this planet. You, like everyone else, will be forgotten once you die. We are the miniatures in this universal concept of Big Bang Theory! There’s no such thing as ‘self-image’, ‘supremacy’, because everything fades, once we turn into ashes.

Never ever think of vengeance against anybody because anger makes us do terrible things. It doesn’t do good to any of the party, whether you are at receiving end or an offender. Showing the world your happy face is the best take on this, and I bet and Sware to God, you are going to be one of the most courageous and inspiring ladies, and that most people will always wish (deep down) that they had even a portion of these traits in real.

Your straightforward and stubborn attitude hurts, everyone! And your mom dislikes it the most because it isn’t a ‘girly’ thing. I wouldn’t say that picture yourself as someone else, instead of your real side, but at least try being more polished and learn handling things diplomatically as much as you can, until it is too essential to show your reactive side. It will save much of your time, energy and frustration because people aren’t going to act, speak and behave your way. Train your brain to not show the muscular tension on your face, even if it is so intense and obvious. This is because you are an adolescent and adulthood would be based on what you are going to shape up now. If you don’t follow this now, you might never learn it.

You keep expectations, A LOT, because you attach with humans so easily. They might not be feeling the same with you, and that’s fine. Life’s too little to bestow blame upon others. Do not push yourself to the point that you develop trust issues later because you might be real, but others might be faking it, and it’s extensively saddening, once you learn that. Do not blame others for their behavior but yourself because you showed them your vulnerable side. Concentrate on respecting yourself because this is very necessary. This is because WE decide what kind of treatment we seek.

Having lots of friends seems cool, isn’t it? But those who have dozens of hang-out buddies right now will eventually end up keeping just a couple of true friends in future. You are already at the same page, so why worry? There is a reason why we meet certain people and it’s not always that we remain in contact with these people. The worst ones are going to permanently teach you life lessons, the best ones will stand besides you, no matter be the situation. And even though, some of the good buddies might not remain in contact with you but will forever imprint the good memories you had with them.

I know you are a teenager and there are lots and lots of overwhelming emotions inside of you. Your fluctuating hormones wouldn’t let you sleep because you keep on thinking too much about how your day went. This phase shall pass. You are not going to marry any of your crushes, either! Kudos to you that you never ever will even begin relationship at such a tender age, and you will be thankful to yourself later because guess what! To those who you are giving much preference now, don’t deserve you. You deserve better and going to get what you really deserve. Your parents must be so proud that you always kept hard core principles, and remained stuck with them!

Last but not the least, you are putting on a lot of weight because you feel hungry quite much ALL the time. Eating isn’t a crime but it would be better if you eat the junk as a reward each time you successfully achieve your goal. This will let you stay motivated. Indulging into physical work reduces stress and anxiety, and intensifies the concentration in studies. You are going to get good grades. If not, still no worries because the life’s tests never actually take a halt! So, go ahead! Do cycling or swimming or any other activity that feels right to maintain your body mass, or better lose the unnecessary flab, else it will be huge deal to handle your sluggish metabolism, like a forever struggle!”

Note: The incidences and general mindset being depicted here are based on author’s personal experiences, that happened more than a decade back, at the locality where she used to reside. The opinions being said here are personal and clearly reflect the life’s circumstances of the author.

Tags: A Letter To My 16-Year-Old SelfDear 16 year old meWhat would you tell your younger self?