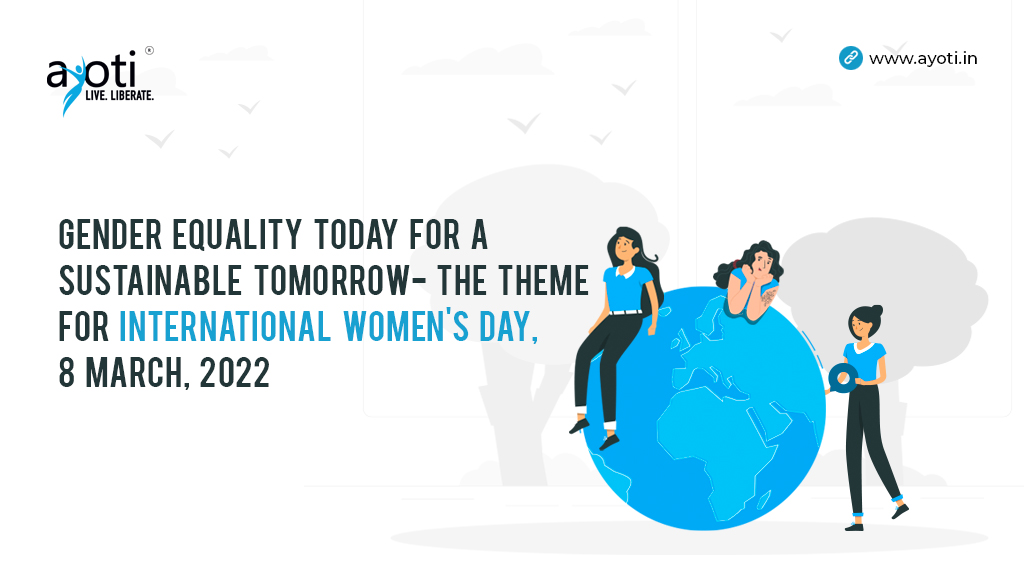 ‘Gender equality today for a sustainable tomorrow’ is the theme of International Women’s Day 2022. In the backdrop of global warming and disaster prevention, the subject focuses on increasing gender equality.

The subject of International Women’s Day encourages people to think about the potential and barriers to empowering women and girls to take an equal role in climate change and sustainability decision-making. Without gender equality now, a sustainable and egalitarian future would remain elusive.

One of the greatest worldwide issues in this 21st century is the growing gender equality in global warming and disaster prevention. Climate change and related impacts have had and will continue to have significant and long-term consequences for our environment, economy, and social development. Those who are most poor and underprivileged bear the brunt of the consequences. Women are increasingly being acknowledged as being more prone to the effects of global warming than men because women make up the majority of the world’s poor and are more reliant on the energy resources that global warming impacts.

On Tuesday, 8th March 2022, at 10–11.30 a.m. EST, the United Nations will celebrate International Women’s Day with a high-level virtual (TBC) event with the topic “Gender equality today for a sustainable tomorrow.” Participants include the UN Secretary-General, the President of the General Assembly, the Chair of the Commission on the Status of Women, the Executive Director of UN Women, gender equality, global warming activists, and celebrities. Following this high-level panel discussion is phenomenal music performances.

The theme for International Women’s Day is “Achieving gender equality and the empowerment of all women and girls in the global warming, environmental, and disaster prevention policies and programs,” which is also the primary theme for the upcoming 66th Commission on the Status of Women (CSW66).