How different will women empowerment be in 2022? 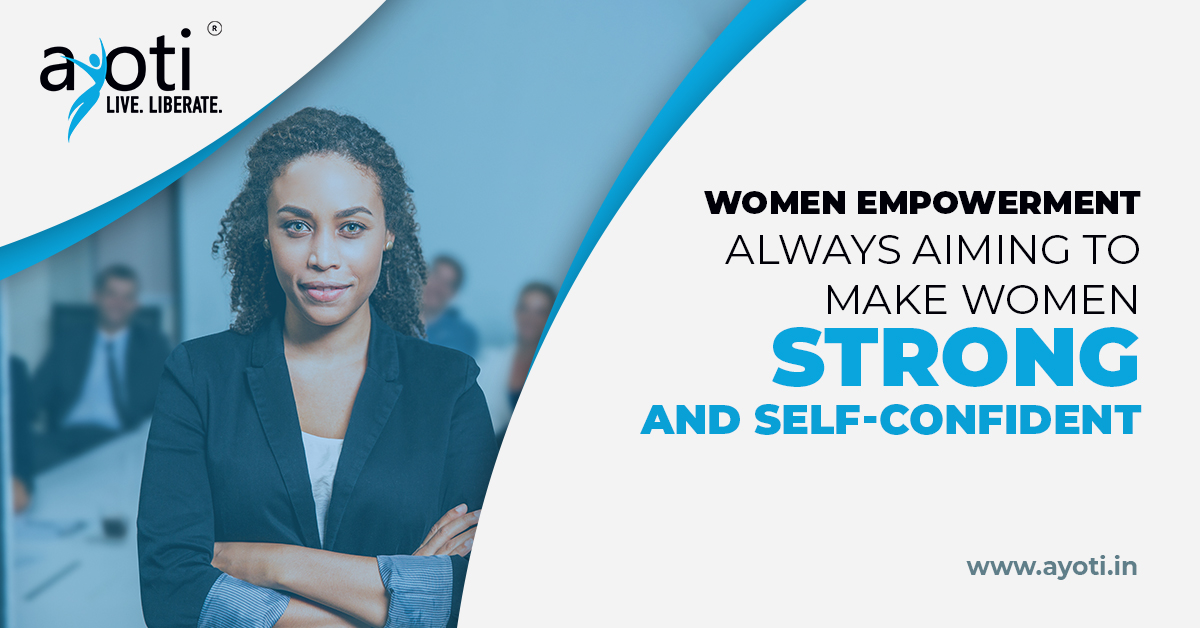 “How important it is for us to recognise and celebrate our heroes and she-roes!” – Maya Angelou.

This 2022, we believe it would be the end of the pandemic. Many things changed last year, and many remained the same. Last year, India went down to rank 140 out of 156 countries in the World Economic Forum’s Global Gender Gap Report. It became one of the worst performers in South Asia, including many women ministers falling from 23.1% in 2019 to 9.1% in 2021. If this is the past, what will be the future? What do you wish to see this year for women empowerment in 2022?

Apart from imagining a world without gender bias, free from any stereotypes and discrimination, we aim to make a difference in the world, starting this year. That said, let’s break some of the stereotypes and bring some concrete measures to empower women.

1. Women’s Self-Expression Should Be Accepted

Women’s stories are overlooked all across the world. Allow a woman to be honest to herself and the world whenever you witness her expressing her opinions or describing her life. Allow her to be vulnerable and beautiful in her way by listening to her bravery.

If you notice someone bullying a woman, empower her by sticking up for her and reminding the bully of their lack of compassion.

Women are constantly praised for their elegance, charisma, and beauty. Is this recognition sufficient to empower women and increase their self-esteem? No way, no how!

Women are also beautiful intellectually. They, like men, deserve to be praised for their wit and intelligence. Give them unusual praises, which are becoming increasingly rare in today’s world.

3. Unconscious Biases Must Be Removed

“Unconscious perceptions guide many of our most crucial decisions and have a significant impact on many people’s lives in a variety of ways. Unconscious patterns might manifest in ways that are difficult to detect”, says Founder of Cook Ross IncHoward Ross.

People can be prejudiced about age, gender, or colour and what they eat, how they communicate, and what they do in their spare time. This must come to an end. We must end all forms of oppression of women.

“I am not Harvard’s female president; I am Harvard’s president.” – Faust, Drew Gilpin

We frequently imagine a successful woman’s life is a walk in the park. That isn’t the case. Every woman, regardless of her station, needs support.

We need to realise that there is always something difficult going on in women’s lives. Women in high-powered positions are more likely to suffer from mental illness, obsessive-compulsive disorder, and anxiety. The very least we can do is stop assuming which women require our assistance and which do not. Caring about mental and emotional health is always valued.

How often have you encountered people who are hesitant to use the word “periods” out loud? There had to be a lot. People are typically hesitant to discuss their periods. Talking about a woman’s body and desires should be as common as discussing a man’s body.

6. Do not deprive them of their ability to make decisions.

No male or woman has the authority to decide for another woman. A woman can recognise what is good and bad for her. Don’t try to sway her in any manner.

7. Understand what Feminism is.

Since the word ‘feminism’ has been misconstrued, people think being a feminist is a joke. Equal rights for all is the only demand of feminism. It does not deprive males of their rights.

Continue to support women and publicly declare yourself a feminist. A feminist might be a guy or a woman.

Not just this year, but in the years to come, we want equality, respect and good understanding that will remain the pivot of change.