It’s quite mind-baffling for most people to actually understand the fine line between – what is considered a friendly behavior AND what is harassment. The reason is obvious. Lots of social media threats and campaigning (#MeToo) have been circulating around against men, out of which few of them being false. Many are complaining why would one go against another person after a decade or so, despite getting the chance to speak up when the time was right or during that exact moment.

These kinds of statements are hurtful for an individual who might have gone through years of abuse and blames that she was somehow responsible for everything – inviting men to misbehave with her in the first place and then standing up against them – to address a few. In the world of obnoxious individuals, it is really hard to detect at first whether or not one should hear a victim’s plea and believe it. Secondly, an allegation made against the one who the survivor has had professional terms cannot be proven ever if it happened years back. So, she is questioned of telling lies which is quite obvious, despite being truthful.

Moreover, a reputation already tormented cannot return back if left unresolved. Hence, if a person is innocent and goes through unnecessary trials for months or years ends up in serious mental trauma himself. In addition to this, everything has its share of consequences. A company may hesitate to hire women candidates to avoid further misconduct, especially if something has already happened and it had its image on stake; not to mention that the benefits that women get such as maternity/period leaves have already made such organizations quite skeptical of hiring them in large number to not lose the potential chance of business at any cost.

Does this mean that not hiring women at all and lessening the chance for them to excel in their career is the answer? Should men NEVER interact with them to avoid false charges? Absolutely not! So, what are the tips to behave with women at workplace in order to avoid sexual harassment? Below is the answer to your question. Keep reading.

1. Be aware of consent – Let me clarify this term in a better way through an example. There is a Bollywood actress who alleged against a very renowned actor, and the social media exploded with mixed reactions. I am neutral on this subject and would like the court trials to prove if she is right or wrong. Nevertheless, it makes me distressed if someone says that she had done those kinds of movies in which she had exposed herself quite well and performed for adult scenes; so what makes any difference if another actor had any privilege. Seriously, what!!

So basically, if a woman is okay with personally or professionally associating herself with an individual, does that mean that she should feel alright with every single man on this planet? What’s wrong with these kinds of people! They are the reasons why rape incidents still happen in the world if such people misread her friendly behavior as being flirtatious, and we all know that in most occasions it’s the acquaintance who crosses the lines not strangers. No, if she laughs at your jokes, agrees for hangouts, texts you first and/or replies does NOT mean that she is “easy” and wants something more. The term consent is a real thing and it is a woman’s choice who she chooses to contact and in what manner. 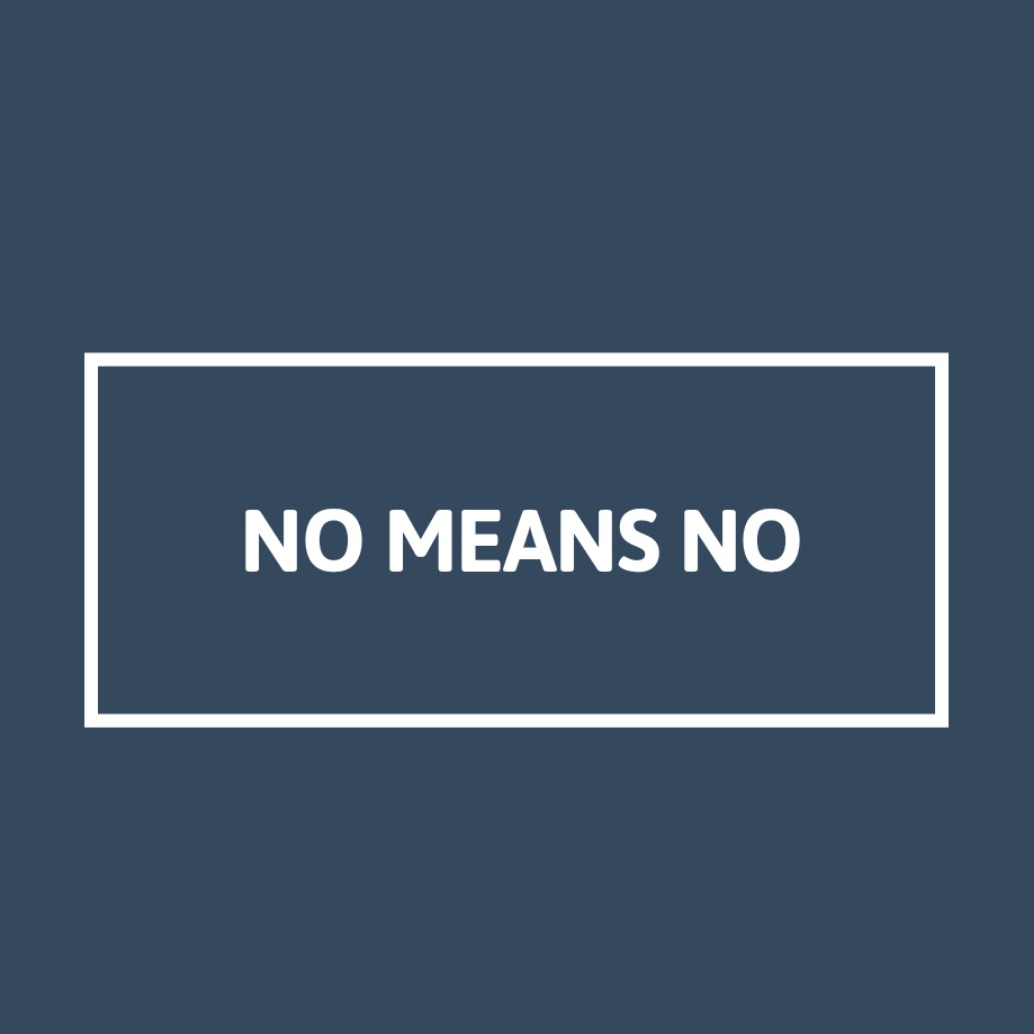 2. Treat women as you would like to be treated – And that is through respect! Everyone wants to be respected and I am talking about the basic respect that an average individual expects from their surroundings. If it were a guy how would you treat him as an acquaintance? It is not a rocket science to understand this. We human beings are all visual creatures and there is no harm in admiring someone who we like based on appearance or personality. But few do not know how to behave.

There is always a way to look at a woman. One can always see her for a few seconds and then look away. If you keep staring at her body from head to toe it is extensively uncomfortable and apart from that, downright creepy as hell. This might never land you to trouble as she may not be able to prove it, but you are most definitely losing your respect forever. It is never plausible to reduce a person to merely an object for entertainment. I have seen people complaining why a particular woman wouldn’t talk to them after gazing her regularly. Dude, are you that naive! It is not a Bollywood movie where staring and stalking could have done you favors of dating but would make her repel from you instead.

Sometimes what happens is, one is mentally lost somewhere but physically it appears as if he is looking at someone for an elongated time frame. I am not sure what to say in this regard. Just try to consciously notice yourself while at a public place. A woman may be disgusted but she would most likely ignore this for the first time. She may also notice you the next time she encounters you and will probably be fine if this doesn’t repeat. I think I have stretched this point quite much! 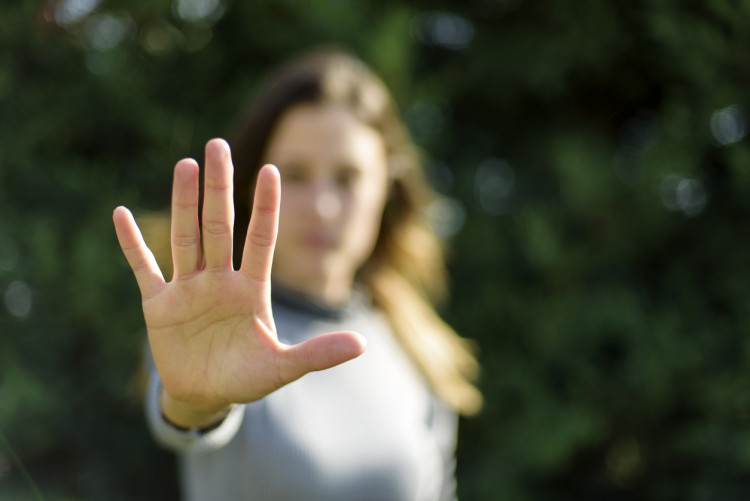 3. Do not touch her – One can find a number of incidences about which people report on the Internet that few men are fond of touching in an inappropriate way such as massaging a woman’s back, keeping the hand on her shoulders while talking or having a group photograph together, to address a few. It is never tolerable to do that, even though most women would always prefer to shun their mouth for the sake of not making it a matter of drama and gossips.

4. Apologize if you think something has accidentally happened – So, it is not uncommon that while talking or joking around her your hands just slightly got in contact with her physically and you absolutely did not mean to. I would suggest you to say her sorry verbally or via text messaging as and when you feel comfortable that it was by mistake. I am sure she will greatly appreciate you for this. You are basically building trust in this manner.

But also keep in mind that those “accidents” are not subject to occur often as you know, else she may start doubting you. What I mean to convey is, there are those people who know this already, so they keep repeating this purposefully and apologize simply to mess with her mind that they did not mean to, yet they actually did. She is going to understand this sooner or later. 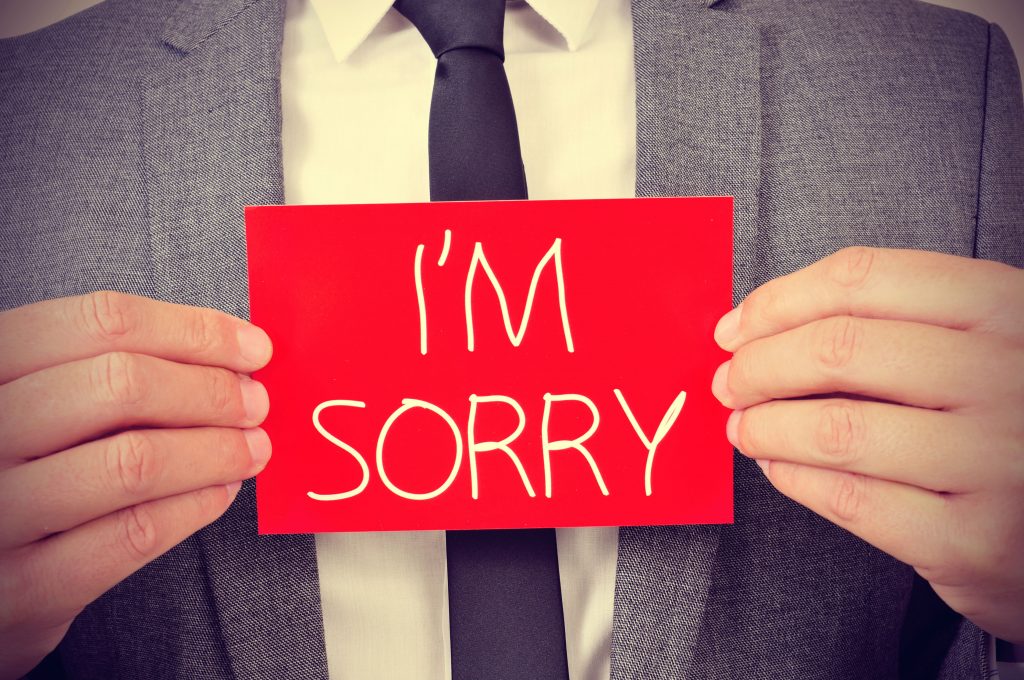 5. Bystanders need to stop being mute – I specifically want to mention men for a reason. This is because women do unite and ask for their rights and it is not a new thing. A few people actually get annoyed whenever they see anything related to feminism primarily because they saw a handful of false accusations and now generalize all cases being fraud. Furthermore, there are people who simply watch whatever happens in their surroundings even if they are sure that something is not right just to avoid getting involved. If something does not bother you being the bystander then do not expect strict protocols by the government itself. I don’t think that the environment sounds right if there is nothing positive going around.

By the term bystander, it recalls me a recent incident in which a party was going on and few men were drunk, one of whom came too close to the periphery of a woman in an area where everyone was dancing. He was not aware of his behavior but everyone did. Hence, there was another man who dragged him away. Had it continued it would have invited intense chaos in the environment and the whole thing would have turned out to be a battleground instead of supposedly joyous. The point is, yes there was a man who misbehaved AND there was a man who prevented the catastrophe. I personally do not generalize all men as same but there are women who do. If everyone is united and act out against the one like I cited, women will feel safer. Women are not the only one who are responsible to take actions but everyone who witnesses.

Somebody who is in power and good position may take advantage of those who are under them and that is independent of gender (reminds of a beautifully depicted Hindi movie Aitraaz), yet most likely includes men as they are more in number. There are few cases of men being threatened by their women bosses and they accuse women being the culprits all the time as if it were a competition who threatens who more! Whatever is not right is NOT acceptable regardless of the individual.

The thing is, false cases do exist everywhere and they are not just confined to sexual harassment and rape. There are lots of surveys that are conducted country-wise to pinpoint the total number of accusations and the comparison between the real and fake ones. We cannot be so sure about the exact count as there are also the ones that are left unreported if the accused belongs to an elite group or the victim isn’t in a conscious state to remember the incident. Moreover, if a charge is proven fake does NOT always imply that it is really false. There is also the possibility of losing the evidence and/or witness(es).

Now let’s assume that out of 100 allegations 10 of them are entirely bogus and were done simply to torment a person’s positive reputation. This surely does not mean that the rest 90% should be left unheard suspecting them to be fraudulent as well. If 10% are fictional then there are more than double cases that are never stated, quite reasonable why the Law and Order in a company as well as in a country as a whole ought to be furious.

I personally believe that sexism is proportional to sexual harassment. This is because a man who considers a woman being inferior to him in all aspects raises chance to mistreat her in some way and that may also exceed to bullying or molesting her, though may not include each individual yet is highly likely. A person who is sexist may not harass her but if he is a harasser then he is definitely a hardcore misogynist.

It seems like we humans are still lacking the very basic etiquette. How to behave with women should not even a topic to write about. A person is expected to know these tips to behave with women at workplace in order to maintain the dignity of himself, his women colleagues, and the organization as a whole. But there we are – still asking for respect!

Ayoti Technologies works tirelessly to encourage women to uplift themselves in every possible manner. It provides an opportunity to work from home. Moreover, it also motivates them to outshine in whichever career fields they choose, whether as a freelancer or part-time jobs for data entry, handmade things to place for online shopping, or a boutique. Ayoti also provides self-defense class for ladies that is helpful to fight back in the time of need.