Whenever we hear the news, like a woman was assaulted or molested in any way by a bunch of goons, what we do is write heartfelt comments on sites like Twitter and Facebook. Social media would be flooded with posts like ‘the law and order should be like this and that’, OR we go for a peaceful candle march to raise our voice. But the fact remains that the culprits might never get the punishment they deserve, and would probably get bailed out. The government machinery is not very effective to stop crimes against women and girls. Assaults and attacks against women and girls are on the rise each passing day. People who involve in such crimes against women or girls know that their victims are unlikely to complain about them, out of shame and humiliation. Their attitude never changes and people are more into the mindset of victim blaming. So, this isn’t going to stop unless the entire basis changes. 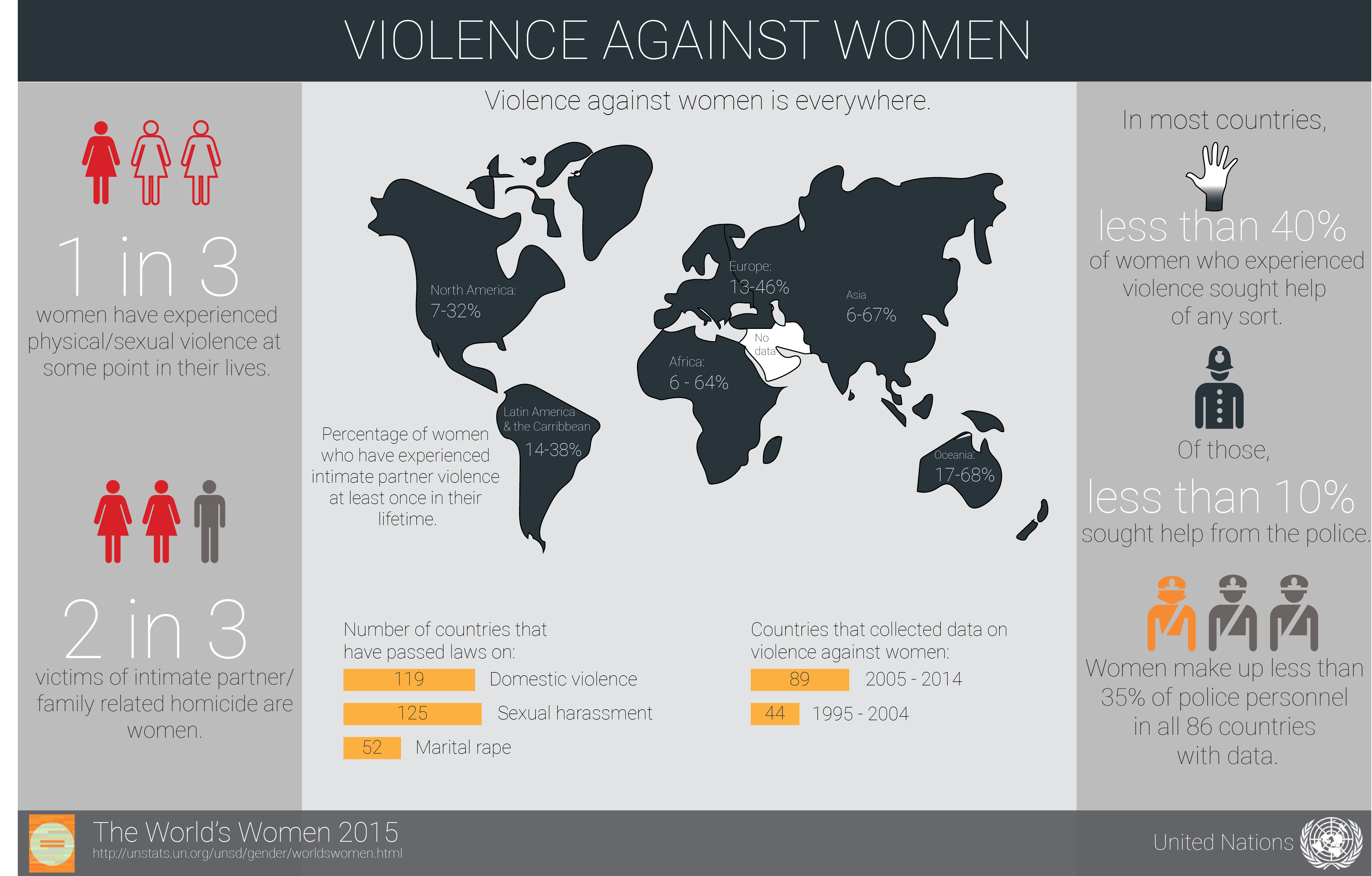 When a girl is in her kindergarten and primary years, she would least care or even think that she has less potential as compared to her other classmates, regardless of her gender. She holds as much confidence as her male counterparts at that stage in life. The boys then are too small and obviously have no clue what domination or controlling somebody is. Once the girls complete their primary years and hit puberty, what goes wrong with their thinking? Why they start considering themselves as inferior, and boys as potential dictators, sooner or later? The root cause lies with the society itself. As their daughters grow up, mothers tend to teach their daughters to keep their mouth shut and stay away from over-dramatization, even if a very serious incident occurs. Sons, on the contrary, are free to do whatever they want. There are numerous things that I can address, but let’s not talk about it now; else the subject would lose its base.

Although physical abuse could happen to anybody, women are more susceptible to it as compared to men. This is because of the same mindset that is prevalent since medieval era, that women are weaker and wouldn’t be able to fight back, on the spot and after. This very mentality can only be changed if ‘literally’ (Yes, literally!) every woman knows how to handle it. The confidence is gradually built once the situation is carefully tackled. 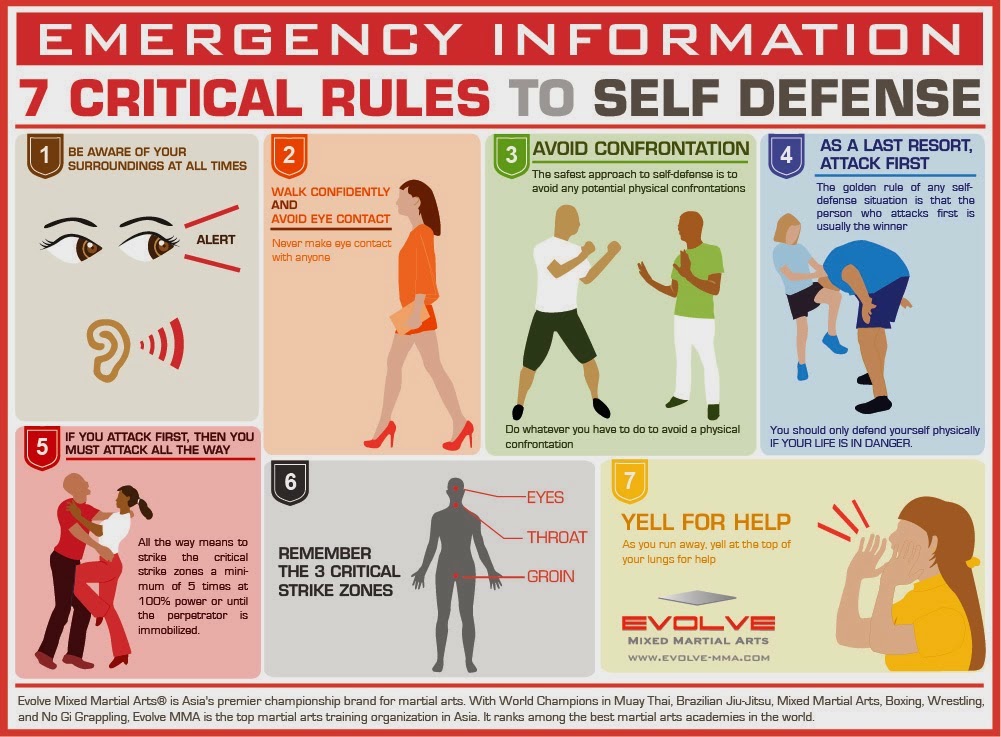 It is unlikely that there is even a single girl left in this world who would not have faced any kind of mental or physical abuse throughout her entire life. Girls and women are bound to face it, at least once in their lifetime, simply because of their gender and the wrenching attitudes of people around them who make them feel that they are ‘supposed’ to face it. How about entirely changing their psychology from “She is a woman and so she’s weak and cannot do anything, so why not take advantage of her?” to “I’m afraid, she knows fighting and is capable of thrashing me hard”? I dream of the world where molestation in any form never happens, not just because of stricter norms but also because of women’s attitude towards themselves and society as a whole. It is high time that women do not project themselves as weaker subjects, who need a bodyguard in the form of a husband, father or brother, every now and then, but somebody who is so damn sure that nobody can do anything against her own will.

This is how Paritrana, a self-defense training program initiated by Ayoti Technologies, came into existence. Ayoti’s Social Entrepreneurship platform with Women empowerment focus fits in well with this new initiative of helping women to become bold and protect themselves. 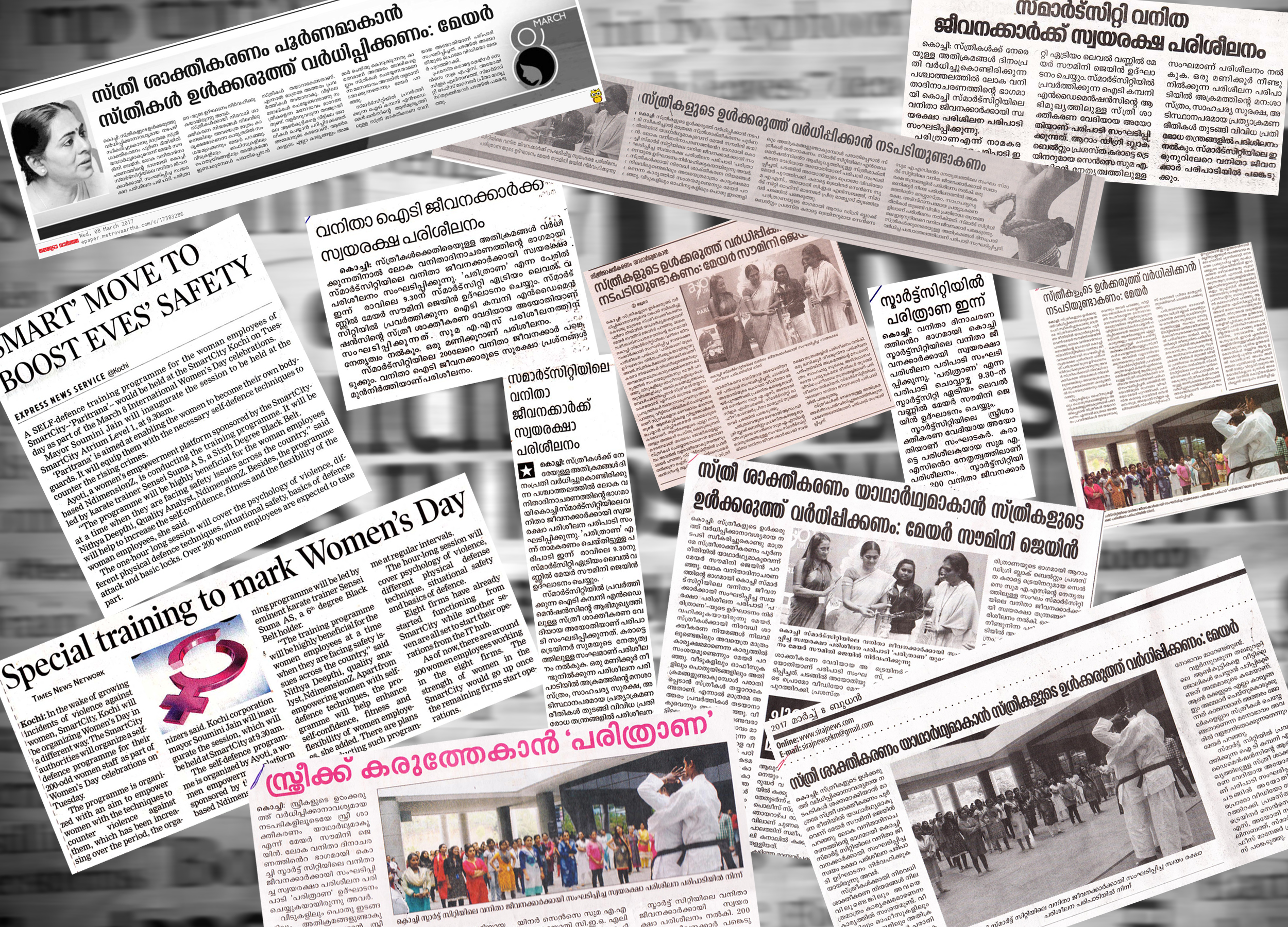 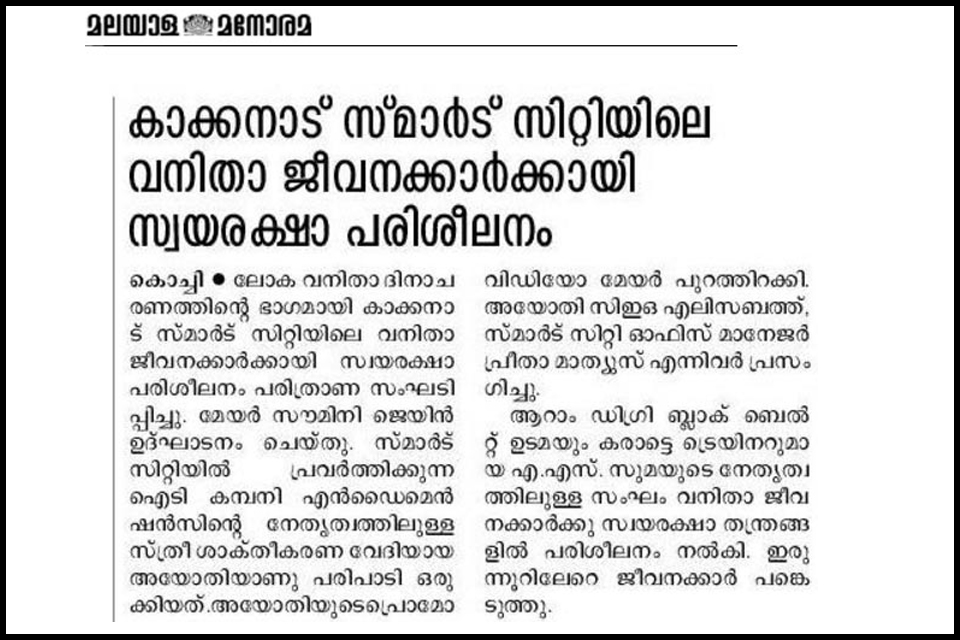 Paritrana was launched by Kochi Corporation Mayor, Smt. Soumini Jain on March 7th at Smart city, Kochi, as part of 2017 International Women’s Day celebrations. Mayor  Smt. Soumini pointed out that though there are several laws for empowering and protecting women, their effectiveness is doubtful many a times. She added that the true empowerment of women can only be achieved by helping women develop their inner strength and confidence. After the official launch of Paritrana, a demo session was conducted for the women employees of the various companiese at Smart City.

Paritrana equips women with self-protection techniques and tips to effectively face any form of harassment or assault or abuse against them. It aims to empower women of all ages to become self-confident and alert. The training sessions were lead by national karate champion and gold medalist, Sensei Suma A.S.

“I am happy to have attended the session and feel benefitted from learning basic fighting skills and techniques. It helped me to understand and know better how a culprit could attack at the most unexpected moment and what measures I could take to prevent it. I am now aware of the sensitive points of a culprit where he would lose his confidence once I punch him hard at those points. ”

After the session, the participants were given a self-defense tool…a pepper spray… and a handout with some basic instructions for self-protection.

“I am so glad that I attended it and would definitely recommend it to others as well. I would also like to continue the session to develop a precise form of a fighter in me, which was hidden for many years. It is great to see that Ayoti will be reaching out to many more women and girls with regular training sessions lead by Sensei Suma.” 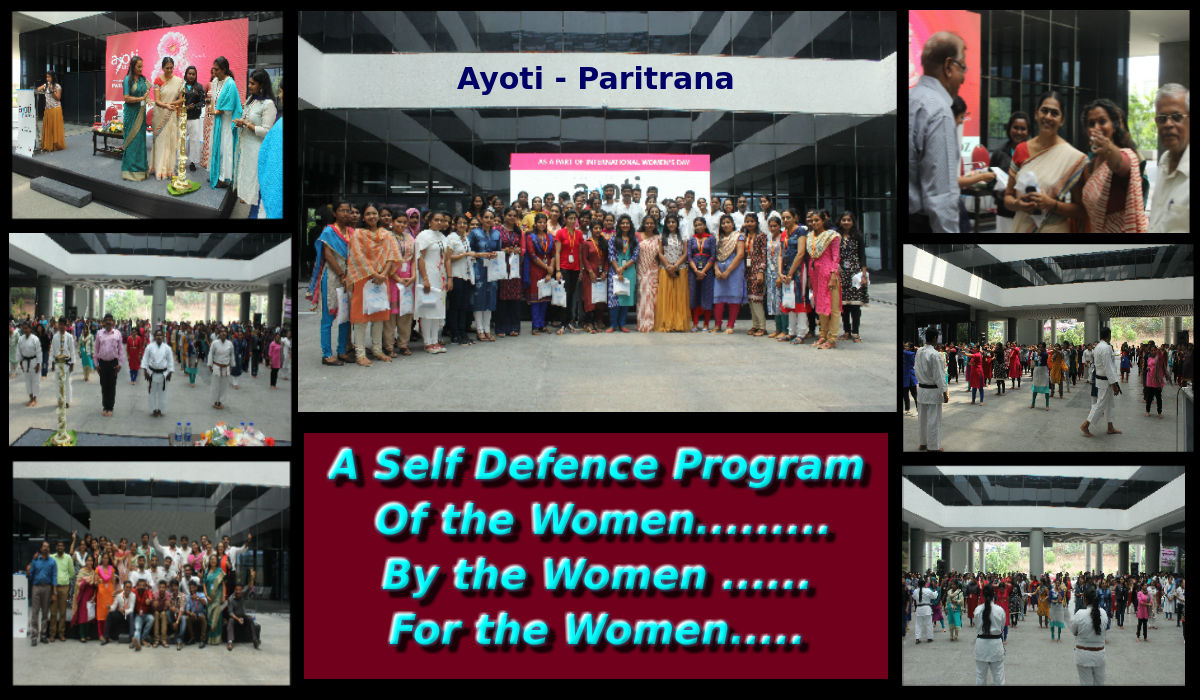 Last but not least, I wish that Ayoti Paritrana successfully reaches its motto of women empowerment in its true sense, so that ‘Women’s Day’ isn’t a mere date on the calendar, but more of a movement that successfully imposes egalitarian thoughts into the minds of everybody. I wish that the stereotype of patriarchal shackles of my country loses its existence, and I truly believe that it is possible.