What is childhood emotional neglect and what are its after-effects? 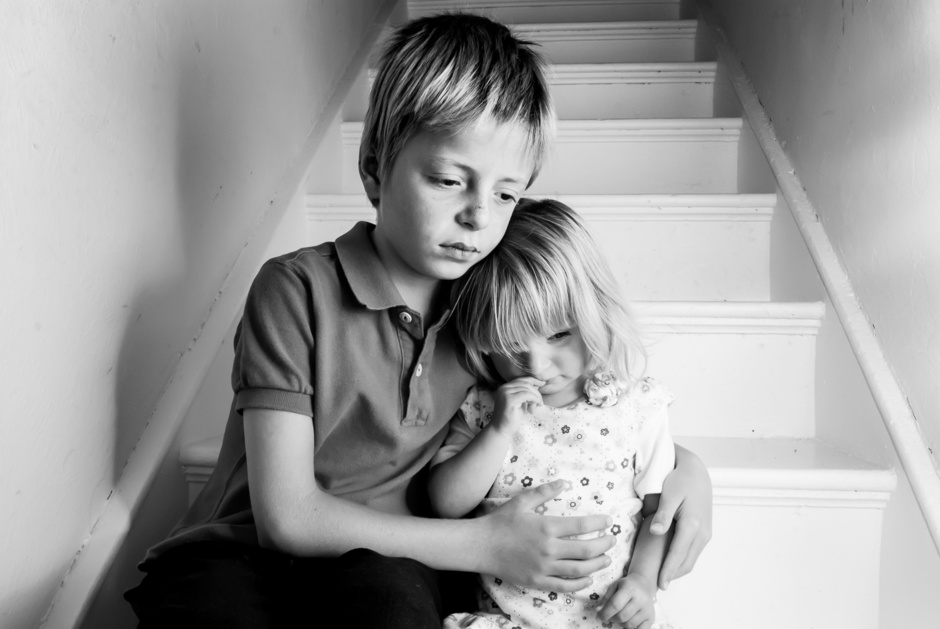 Emotional neglect is an invisible force that, in general terms, suggests any kind of psychological, emotional, and/or physical abuse. But the thing is, one does not always need to be abused in any form, to be neglected. Emotionally neglected childhood is a phase in which a child’s parent(s) or caregiver(s) are unavailable in the time of need, physically and/or emotionally. This is irrespective of their financial condition, educational background, and so on. One could say that an abused child was neglected but not all neglected children have a history of abuse of any form.

You may find somebody who complains that his/her parents do not love them or never listen to their needs, and we often show deaf ears to such statements. Following are the symptoms of those adults who have had neglected childhood:

2. Negative perception of self

3. Sensitivity to rejection and people-pleasing attitude

4. Inability to respond appropriately as per the situation, or easily overwhelmed (anger outbursts, crying spells, etc.)

5. Feeling as if they do not practically “fit” into the existing society

6. Getting “triggered” by few statements being said by people, and as a result overreact when it is rationally not required.

7. Not sure of how to show affection and care to people and children through various gestures like hugs, positive affirmations, rewards, meaningful conversations, etc.

In some cases, the symptoms seem to be more devastating and the adult struggle with them forever, due to not seeking proper assistance and professional counseling. Not all the cases turn into depression but most individuals never seem to forget the level of damage they went through, which isn’t seen that easily.

One may get confused while reading this. Let me be more precise. If a parent is physically available then it does not directly conclude that he/she is emotionally available as well. And if a parent resides at several miles’ distance, does not imply that they do not have an emotional bond with their children. There are also those who love their children a lot (and want to show as well), but either have little to no time to express, or no clue of how to act in front of them so that they seem available always.

People sometimes are too ignorant and egotistical that they do not even agree that they commit mistakes at times and that makes their children feel ignored. The thing is we are raised into that kind of society where failures are not at all acceptable. When I say somebody keeps too much of ego is when they start believing that they are the elders and “know” what is right and wrong. They fail to have a different dimension of perception that their younger generation have the ability to think rationally. They overly-judge their offsprings too often and believe that this is how children should be raised to make them greater individuals. Perfectionism is their obsession. 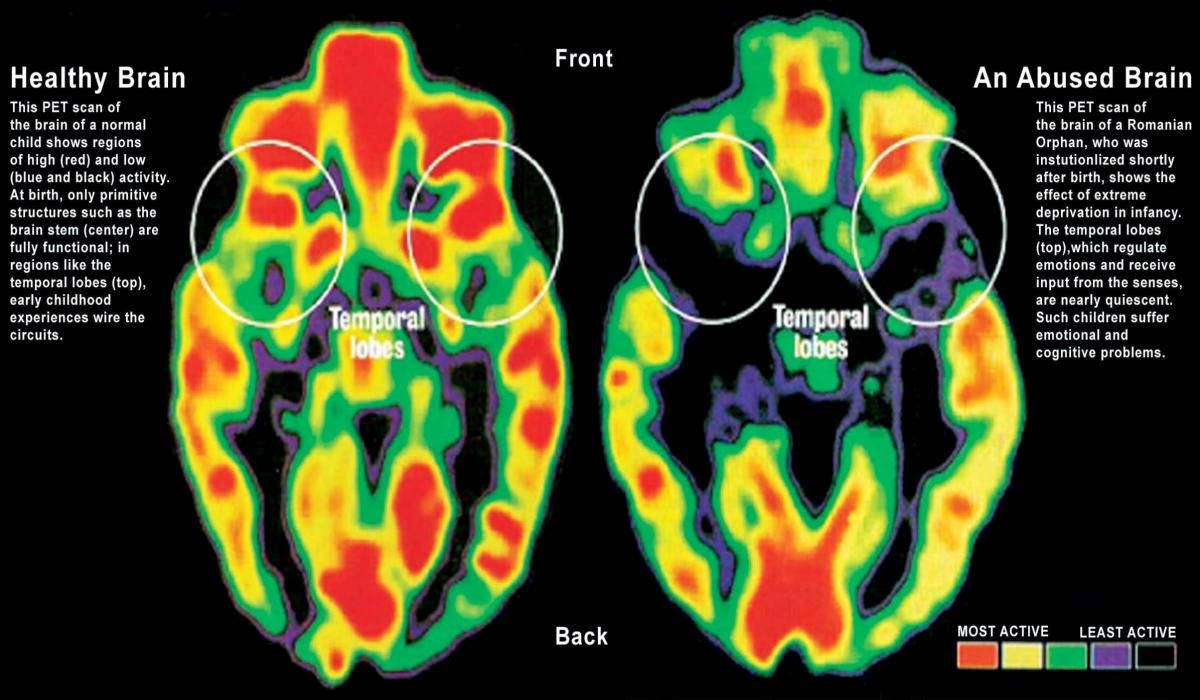 I am here talking about authoritarian parenting, where children are often demeaned. Such parents keep high expectations. Their children are usually not given rewards even if they work as per their expectations, but definitely punish them if they are not served well. Such parents only provide negative feedback and yell more often. They want their children to blindly obey them without questioning. They show reluctance towards reasoning of whatever rules they make. Rather, they believe in speaking just few words like “…because I have told you so.”. They tend to be extremely demanding but seldom responsive. Words like “warmth”, “nurture”, “love and affection”, etc. are foreign to them. Their child is not allowed to have options or negotiations of whatever protocols exist inside their house premises.

“One of the community members belonging to my religion slapped me in front of everybody during my early twenties. I expected some amount of support from my parents’ side because it was NOT my fault. But instead, my dad believed that person and slapped me as well right at the moment, without bothering what I had to say. My mom wanted to take my side but he shut her mouth too. I have absolutely no expectations from either of them at present.”

Sometimes the incidences are extremely serious and make a permanent scar in an individual’s life. They no more trust their parents that they will ever be supported, and they are indeed right.

Our society simply does not perceive that parenting could go wrong if a child dares to speak against his/her own (one or both) parents. It is impossible to even relate to someone else’s life because that’s what we are always told – A mother (or father) cannot, in any way (physically or emotionally or both), harm her (his) own child. It is even harder to pin-point that an emotional negligence exists, unless the child him/herself enters into adulthood and the symptoms (as discussed above) actually begin to appear.

An emotionally healthy mother or father makes her/himself available as per their child’s needs. It is not always about showering them with gifts on festivals or special occasions but also observing their subtle and not-so-subtle signs seriously. A parent needs to always accept his/her children the way they are and must try to encourage in positives, so that they develop into emotionally sound adults. Their negative sides would eventually subside and they would be happy creatures.

“I went through severe depression and my exams did not go well. I was extremely devastated and expected my mother to speak 2 or 4 encouraging statements-of-comfort. But she didn’t. She scolded me instead as if I was too hypersensitive. I cried many nights and accepted the fact that my struggles would be mine and there is no one to support ever. I got distant from her for the rest of my life.”

There are ups and downs in everyone’s life. It is possible that your child undergoes serious mental turmoil due to external environment and its people’s actions or behavior towards them. Never judge or blame them for whatever happened. Instead help them recover it. Here is where most Indian parents fail. Not all of them “know” how to communicate with their child. They do not support them to talk to a professional counselor either. They need to show the extent of care through various gestures. It is not always the words that matter! 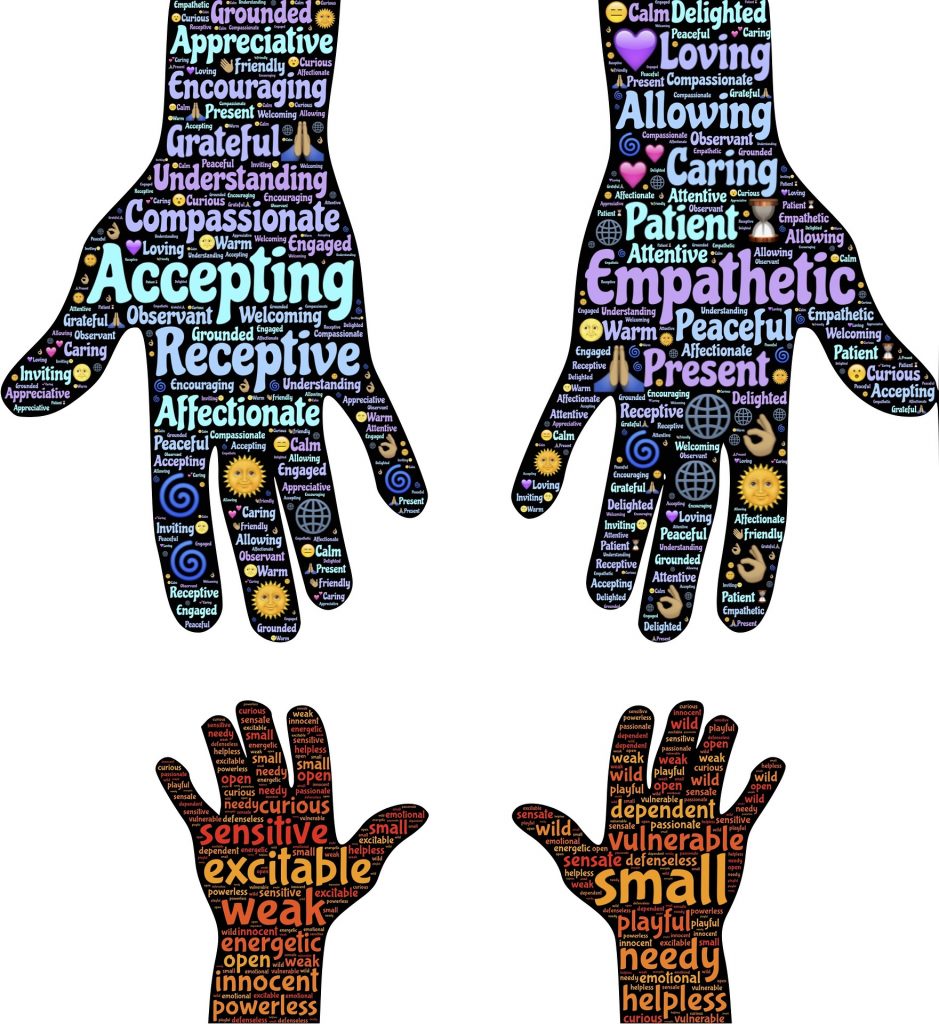 It is not a personality disorder and hence, definitely must not be overlooked, or considered as a taboo or something one must feel ashamed of. Being emotionally neglected as a child is more common than one’s imagination. Now, the question is who to blame. My answer is nobody!

Unless one or both the parents have personality disorders (like narcissism that alters one’s ability to feel empathy towards anybody), most parents try their best to support their children. Think it this way – your parents might not be ready to parent you, or they must be dealing with mood disorders/ anxiety/depression/ drug or alcohol abuse, or they might not know how to have “the talk” with their children because of their own neglected childhood. It is a proven fact that if someone is not raised in a healthy environment then they themselves find it difficult to deal with their children.

Your parents may also not be physically fit to raise you. You might need to take care of them instead. They might not be financially sound enough and had to work outside most of the time, which might have lead you get emotionally ignored. They may have elders or small children (or both) to take care of, and so your teen and adult time might need to be dealt all alone. They might also be dealing with being widowed or divorced, with little to no support of all kinds.

If all the family members make themselves available in the time of need, if either of them faces issues in life, healing gets faster. If somebody has to struggle it all alone, it lasts for lifetime. This is applicable to everyone of any age group. Just the thing is childhood seems to be shaping the adult life and so being emotionally available actually helps them channelize their emotions better.

It is the unresolved matter that keeps closely related people at distance. I am not talking about three-year-olds’ fights, but piling up of serious matters that most adults ignore as if nothing happened ever. If the matter is never addressed and talked about directly, people suppress them in their heads.

So, what would you do now? Unresolved issues could be solved only through direct communication. It is never too late and you can still go to them and have a mature conversation. Many children didn’t find their parents emotionally comforting because of their unavailability but they have found very sound adults in their parents later. If you think that your family is extremely insensitive and toxic, leave them the way it is. Accept the fact that they are never going to change and move on. Try to be a better parent, so that your children don’t suffer.

There is no fixed formula for parenting. The term “perfect parenting” is a myth. Based on the life’s circumstances, one will eventually do his/her duties accordingly. Some people are so much obsessed with doing best for their sons and daughters, to the extent of reading countless eBooks, and newsletters these days. They also go through scientifically proven case studies so as to avoid mistakes much as they can. But only trial-and-error could get the couple through. Being available is what they want and it is not that difficult!