What is Happening in Kerala? Coronavirus Update

With an estimated population of 35 million people, Kerala saw 5 death in total due to the Coronavirus/Covid-19 including the one from union territory region Mahe. There have been three waves of infection since January in the state and so far the total number of infected cases counts as 690 to date.

Reason Why Kerala Reported The First Case of Coronavirus in India

Kerala is a state where a good amount of people stays abroad around the world for work. Along with that, there is a huge number of students studying in different universities in different countries, plus the state gets the most foreign tourists throughout the year.

What Happened in Kerala Since January 2020?

The first Coronavirus/Covid-19 case reported was students from Wuhan, China which was the point of origin of the disease. Two of them were medical students from Wuhan University. Kerala Health department headed by Health Minister KK Shailaja, who is an acclaimed person nationally and internationally in tackling such situations expected this right when the Coronavirus report came out in China. So Under her supervision, quarantine protocols, rooms, days, and treatment protocols were set before the arrival of these students.

Following the detection of these three positive cases, the government declared a ‘state calamity warning’. Over 3000 contacts of the affected individuals were placed under quarantine, out of which 45 were placed in hospital quarantine. The government was successful in closing the outbreak right there. By February mid three of them were cured and went home satisfied and happy. So there were no new cases or active cases for some days. 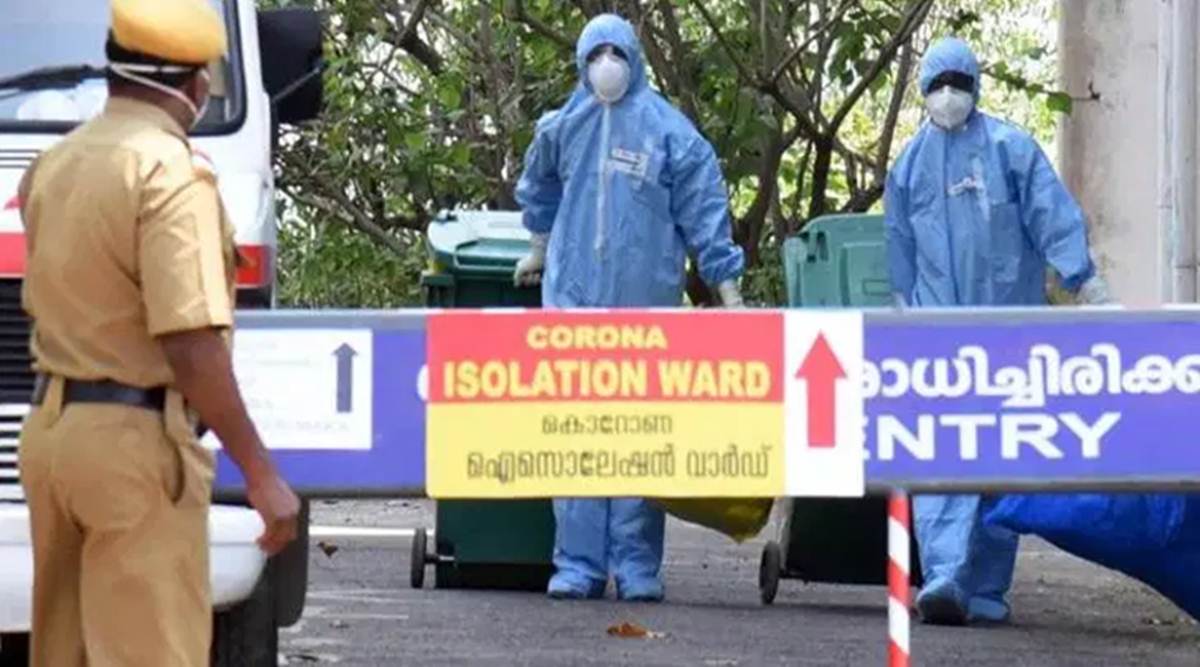 The second wave of Coronavirus outbreak started when a family who lived in Italy came to visit their homeland. They were reported positive on March 8th. At the time, there were already airport screening, quarantine rules for people returning from other countries. But this family mislead everything. Instead of going home quarantine, they visited a few of their family members and other places.

A cluster was formed from them including their own aged parents. Another family returned from Italy went directly to quarantine was also tested positive. Then on many cases returned from Gulf countries like UAE, Qatar, etc was also reported positive. Person to person infection was very less, most of them had a history of returning from other countries. From March 8th to April 8th the state saw a spike in the number of positive coronavirus cases. On April 8th the state had 257 active cases from there onwards it started having fewer cases and more recoveries. The elderly parents of the first case of this wave were cured even after going critical at times.

A group of British tourists with aged members were about to set off to their home country just when he was tested positive. Authorities stopped the team and gave good treatment. they were all later tested negative and went home on special flights. Thus the state started flattening the curve. A month after the second wave which has seen up to 257 active cases there were only 16 active cases. There were days with no positive cases and more number of recoveries. Meanwhile, the state readied to welcome civilians stranded outside the state and country. On 7th May onwards special flights landed.

The third wave of the coronavirus outbreak started when people in the state thought that it is the end and expected to get back to normal life. But the state government under the coronavirus slayer everyone’s’ dear Shailaja teacher expected an outbreak more than earlier. They prepared institutional quarantine homes, arranged commute, and took people with symptoms directly to hospital quarantine.

Currently, the state is continuing to see a spike in the number and people are flowing from the outside state as well as outside country right now. It is a huge task to the government bodies but the system is running successfully and effectively to date. Let’s see how they are working!

When I started researching this topic, the second wave of the outbreak was almost over. National and International media reported the Kerala model Coronavirus curve flattening. Now the third wave has started and the number is going up than before. Earlier reports show single-digit positive only for many days, now suddenly it is two-digit. But still, compared to other places, the condition is better in this small state of Kerala.

Recently a friend of mine and her family traveled to Kerala on road from the neighbor state. To get the pass to enter the state itself they had to do some strict formalities and wait for their turn. When they entered the state they received lots of calls from different levels of state administrations and departments like district, panchayat, ward, etc, and when they reached their home for quarantine, authorities visited them and gave instructions to follow on the coming 28 days. The team is still mak sure they all are doing perfectly alright and Police visit their home everyday!

Lakhs of people may be moving in, can you imagine how many coordinators need to administer the situation. For that government has established certain systems. Other than the already existing number of workers, Kerala asked volunteers also to join the situation. Young people were enthusiastic to support. During the 2018 floods also people from all sectors came together to help and do disaster management effortlessly.

In the initial stage when people who returned from outside the country started reporting positive to coronavirus, the authorities followed Who protocol as well as ICMR rules along with the state’s own rules. When the rest of the country followed a 14-day quarantine state followed 28-day quarantine. They tracked all spots positive case people roamed, and then broadcasted route map and flow chart of each patient on every media. This ensured isolation for all those who had any chance of contacting the person without even knowing personally. The primary preventive measure took to avoid further complications was home quarantine.

District authorities set call centers to keep calling the isolated people to check whether they are following it correctly as well as to ensure mental support to them. They also investigated if they are getting food and other essentials. Authorities delivered essential and food to those needed it. The government was very careful to keep the details of the patients and isolated people undercover to ensure their safety and privacy.

The health department had an experience of containing a possible a bigger potential threat just by locking in its first cluster, Nipah Virus. But the department along with other local bodies of administration under the same minister Shailaja teacher tackled the situation immediately.

Kerala also became an example by taking care of the migrant guest workers during the Coronavirus lockdown by providing shelter, food, and other supplies. They immediately rehabilitated destitute and homeless presuming the unavailability of food due to closed food stores. The government distributed free essential groceries to the total population. The home-delivered nutrients which used to supply through daycare centers for small children and pregnant women. These are just a few examples of the state’s care towards its people.

Why Is Kerala So Ahead?

The reason Kerala has managed to come out the other side so soon is because of its strong public health system, transparent risk communication, and community cooperation. Since the beginning of the state’s formation whichever parties ruled put genuine effort in bringing up the public healthcare and education sector with good results. Communism is one major reason behind bringing up this society as one regardless of any differences. People in the state are aware of everything around the world and the science behind it rather than the blind beliefs. This makes it easy to make people follow guidelines during times like this.

When you take the history of Kerala there is something that makes the state different. The multicultural society of this state formed through friendly trading relations with other countries rather than from invasion like other parts of the country. Kerala was the first place to have foreign trade relations long before any other places. Also, the matrilineal culture that once existed also shaped the society in a very introspective critical one.

Currently, the state is in the mid of its third wave people who were living in other states and countries are coming back. Two points the health minister said makes it a hallmark of the state. She said that the people who live outside who want to come back are most welcome it is their home like any other person. And she said she can’t let people die just like that as it is happening in developed countries. She is an epitome of love and strength every person and every woman can look up to.

Ayoti is watching all the changes that are happening in society. We have expertise in managing our work from home employees already and are still slaying that. Are you looking for a job currently? Check out our website and join our team to have an effortless work from home opportunity.