What is the difference between freedom of speech and bullying or hate?

The Web is bombarded with a lot of trending debates. One can easily find who is fighting for what kinds of rights or who wants to spread the awareness based on a lot of matters. Specifically speaking, topics based on religion and politics concern the most to each one of us; OR when it comes to the rights of women (feminism/ #MeToo), or transgenders. Where one party wants to convey something that it thinks is constructive and leads for the betterment of the society, yet the other party finds it offensive. So, where is that fine line? What is the exact difference between freedom of speech and bullying? This question has baffled me infinite times lately and neither was I able to tell the distinction. 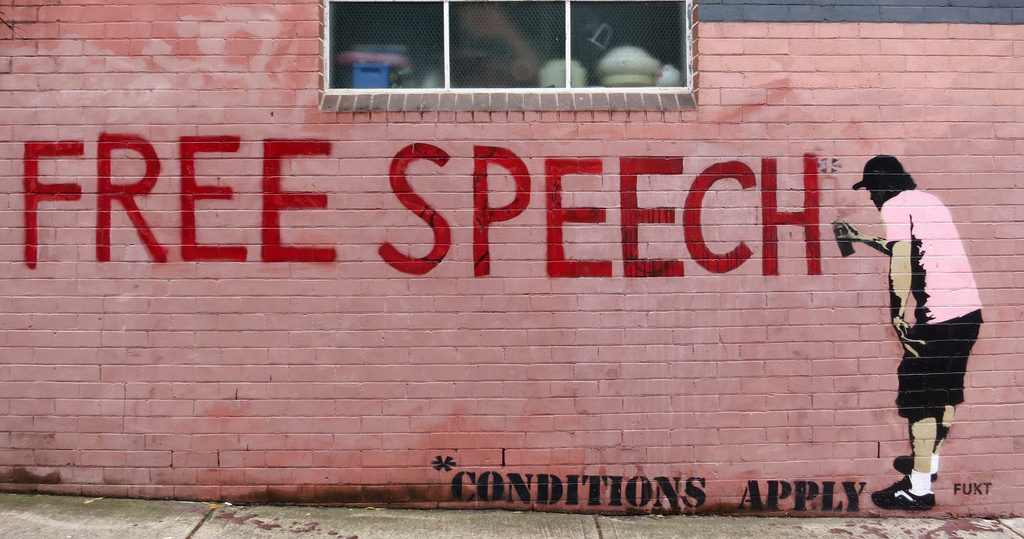 Difference Between Freedom of Speech and Bullying

Bullying or hate speech has been increased lately. Both of these terms are somehow related yet slightly different. Most of us ignore kids when they say they are being bullied assuming that it is just a phase and shall pass. For few pupils, it continues for years and it turns out to be psychologically damaging. By common understanding, bullying is when only one party enjoys while acting “jokingly” and the other party doesn’t. There is a high possibility that those actions are repeated and the target keeps on tolerating. But there is a lot more to it.

For example, let’s say a person is not a believer and feels that religious traditions and superstitions should be abolished by the government, or at least minimized. It is not uncommon that we quite often see countless rallies with disturbing loud speakers either for a day or weeks and that affects those who want a peaceful life. What if someone needs to sleep due to illness? In such a case, the government feels helpless as it cannot take sides at all. I remember singer Sonu Nigam was complaining against mosques. It legitimately brought chaos. His selection of words may not be right but his concerns were genuine. So, should a person stay silent and never raise voice?

There was a Facebook post which was based on a renowned Indian actor Amitabh Bachchan’s grand daughter – Aradhya – where I found a really disappointing comment as – “Ugly kid”. I do understand that people have varying opinions about the subject matter as to what should be called as beautiful or unattractive. Nevertheless, it seems disheartening that a person has to share her personal opinion on the social media just to demean that little kid who is innocent, who is NOT responsible for her biological appearance that does not match a stranger’s perceived sense of beauty standards. People confronted her in the reply section that the little girl was beautiful, yet the woman kept on defending herself that she was just being “honest” and everyone else were hypocrites. Clearly, she couldn’t see through her bullying attitude. 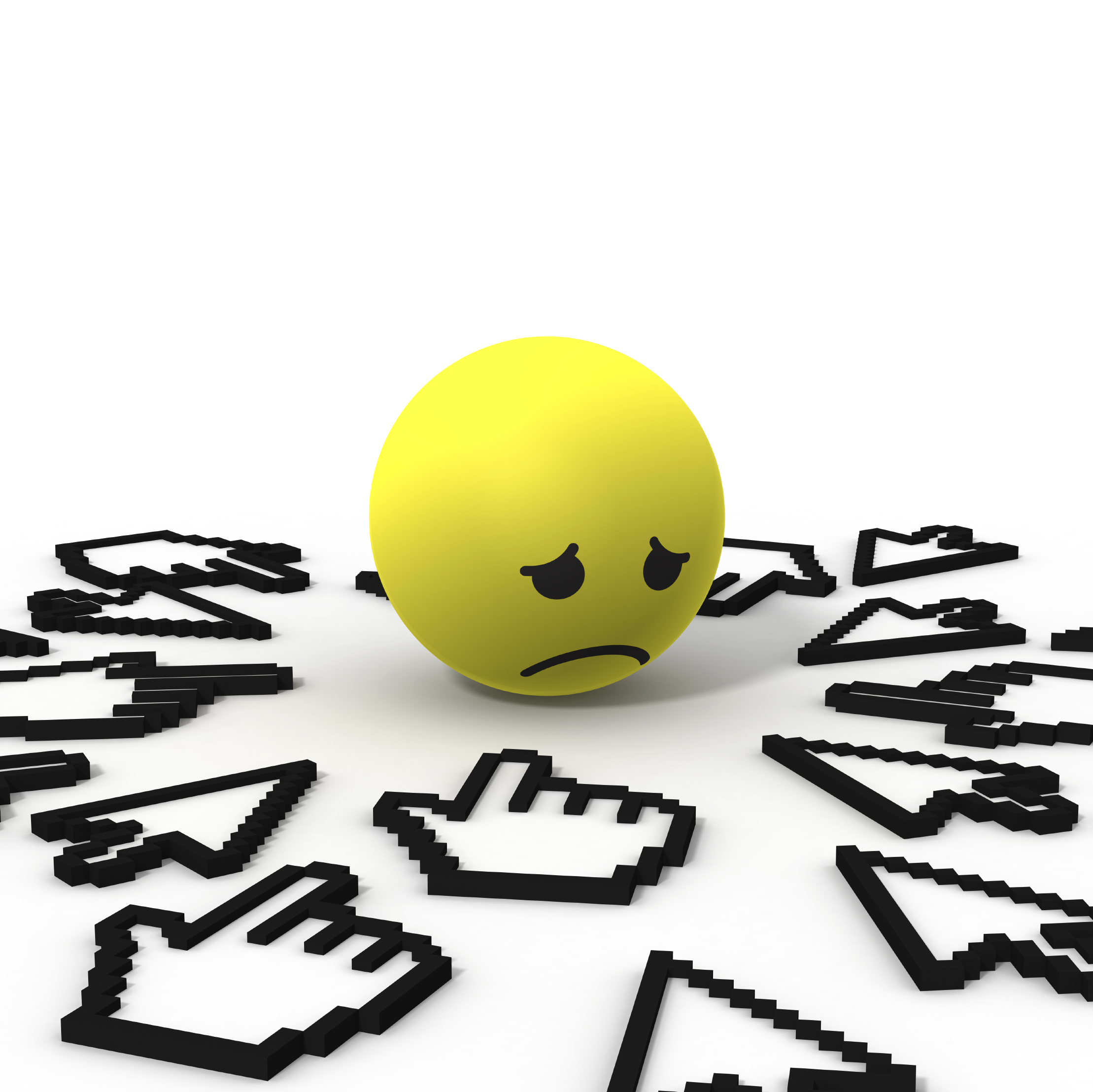 Hate speech, on the other hand, is to spread hatred among people by consistently speaking false statements against the target person or a group, thereby keeping sadistic agenda behind. For instance, one can see few religious or political leaders speaking extremely hurtful sentences to a rape victim, or to those who do not follow their own religious or political beliefs. If one continues to say or act in that manner, the listeners get influenced and behave exactly as planned eventually – to hate those who are not one of them.

Did you get it? If somebody is showing some form of hate towards someone else because of their looks, ethnic background, religious beliefs, outfits, sexual orientation, gender identity and expression, AND uses name-calling or some other kind of threat (verbal and/or physical) to the other party we call it bullying.

In the United States, people are struggling to understand the difference between freedom of speech and bullying. Freedom of expression is a birth right of any country’s citizen. If a person speaks something which sounds threatening or intolerating to a person or a group, should the speaker (not) be punished? What if they speak sounds factually correct? There are a lot of internal matters that go on and on inside a country’s political borders. For instance, if a country allows people to pray in the middle of a busy road, do the other citizens not have the right to demand prohibition?

There are downsides of allowing a complete freedom. Those who actually keep ill intentions hide behind the veil of their birthright to free speech. This is the primary reason why cyberbullying is criminalized in only a few states in the USA. Cyberbully is a kind of intimidation that is not practically seen, though is one of the leading types of bullying and causes lasting anxiety, stress and depression, and sometimes even followed by suicides. The country actually started taking it seriously when the graph of self-harming turned out to be alarming. Moreover, the mass shootings in schools by the teenagers are some form of retaliation against bullies in most cases, especially if the school authorities keep mute despite the ongoing unacceptable behavior.

Keeping any kind of opinion is a natural human tendency. Expressing it in some way or the other is obvious as well. This is how a social circle is formed as we are all open to debates. But the rise in the social media has failed people badly in terms of basic mannerisms, though the motto has always been positive. People do not fear while trolling around each other as they reside across different countries, and they know that one cannot file case against them even if they speak or write against the law and order.

Just imagine someone told another individual as “ugly”, “fat”, “stupid”, or “go kill yourself” through the channels of social networking sites, and then forgot about it totally leading the usual routine life. But the person on the other side took it very seriously and could have self harmed or committed suicide, perhaps! We do not have a slightest of idea what someone might be going through. This is pure form of bullying as one can easily see since it is a personal attack.

If I say that I am against homosexuality due to so and so reasons, it implies to addressing my personal beliefs which is freedom of expression. Nevertheless, if I start targeting someone or a group of people calling them names just because they are homosexual in factual sense or as per my own perception, I am no longer an advocate of freedom of speech but an obnoxious prick.

One should be aware of the difference between freedom of speech and bullying so that they don’t take part in any form of hate. Although, the world is not a perfect place. Hence, even if you try to write or speak the most positive statements even with no harmful intentions, people will still find out faults. The celebrities are often targeted by trolls as we can see. We humans ought to respect each other but we are more often inclined to putting others down just to satisfy our false ego. Expressing opinions in a heartfelt way so that everyone understands his/her stance is, I believe, the most mature step to do.