Why is women empowerment important for a country’s development?

Most people in the developing countries are not even aware of the term women empowerment properly. This leads to making it a debatable topic that whether it is important for a country’s development or not. There are countless blogs on the Internet to share the writer’s viewpoints. To me, it should be without any doubt. But before we go any further it is crucial to understand this concept deeply.

The idea of celebrating International Women’s Day has had started since the early 1900s as a way to protest against the existing norms back then that deprived them of their fundamental rights. For instance, the right to cast vote, the right to education, the right to earn, and anything related to the societal stigma which was prevalent.

To this day, we still hear the widened range of violence carried against women. Though both men and women are vulnerable at some point, statistics throughout the world clearly state that women and children (mostly girls) are more on the receiving end. And that has much to do with the mindset that persists even today, despite the educated and a good financial background of the perpetrator(s). 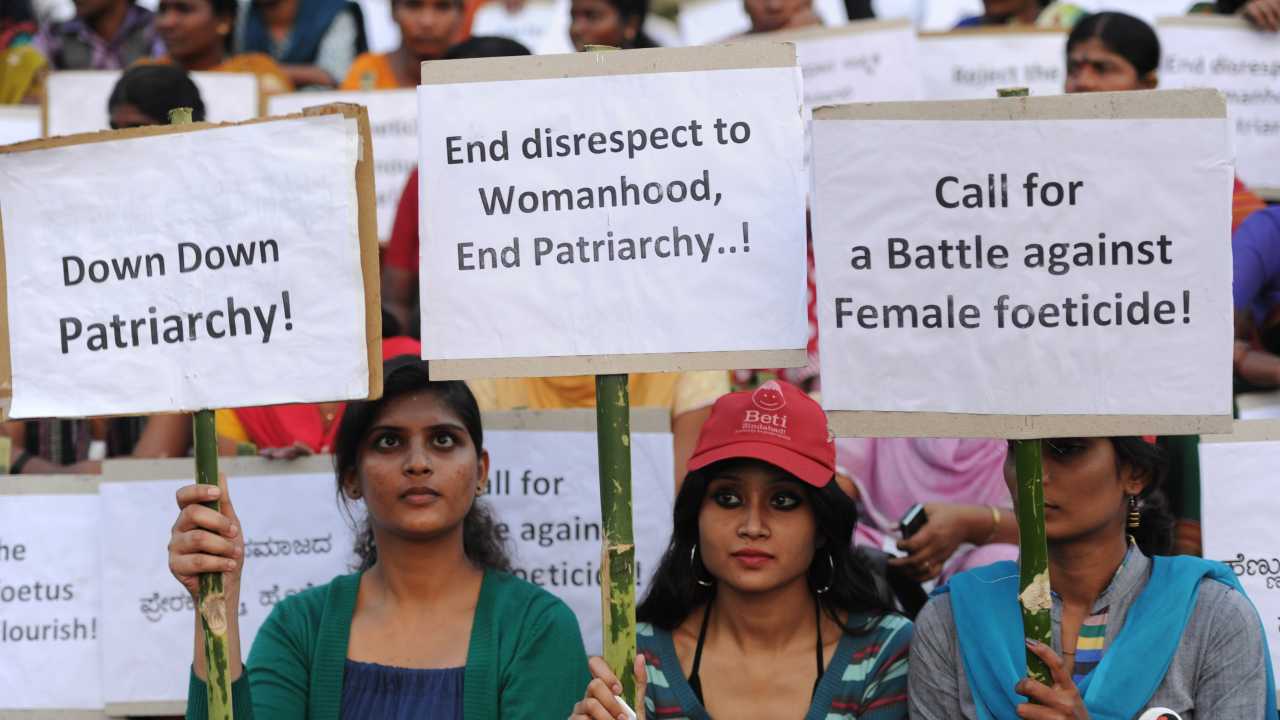 For instance, the government in Saudi Arabia has recently started a new rule in which the women would be allowed to drive a vehicle. This norm did not exist previously. The upgrade of the law was important because the country has been facing decreased economy lately. Countless foreign employees have been terminated because the Saudi government can no longer afford to pay others a handsome salary. It was thoughtful that other than just men if the women citizens also start driving they won’t lose their money.

The above example is just a fragment of equivalence, and the country certainly needs lots of upgrades; terms like “liberty”, “equality”, and “freedom of expression” are still foreign to them, nevertheless, it explains a lot about the value of ALL the citizens who deserve to be treated equally, be it men or women, and that is crucial for a country’s overall development.

The world statistics show that among 1.4 million people who fall under Below Poverty Line (income as low as $1 or even less), 70% constitute women and girls. Women earn just 10% of the world’s income despite contributing around two-thirds of the total world’s working hours. Women are responsible for producing 50% of the world’s food and own only 1% of its land. Among 900 million illiterate citizens of the world, women constitute about two-thirds.

Women and children tend to tolerate the aftereffects of natural calamities such as earthquakes, or misfortunes such as wars in which they are more susceptible to kidnapping, enslavement, or even exposed to human trafficking for the lifetime.

In many South Asian countries, there are infinite cases of abortions (female feticide) and killing of children right after the childbirth (female infanticide) just because she is a girl. People show no mercy and throw them like any other non-living trash, which is then eaten by stray animals or birds later, or sometimes discovered by passers-by.

The fear of raising a daughter is intense because of the existing social norms like dowry and sexual assault, which do not appear to cease for now, but tend to rise continually. Due to this, the sex ratio (females per thousand males) in countries like India hasn’t improved much. If we compare each state, there are cases of not even 900 girls per 1000 boys. This is alarming! 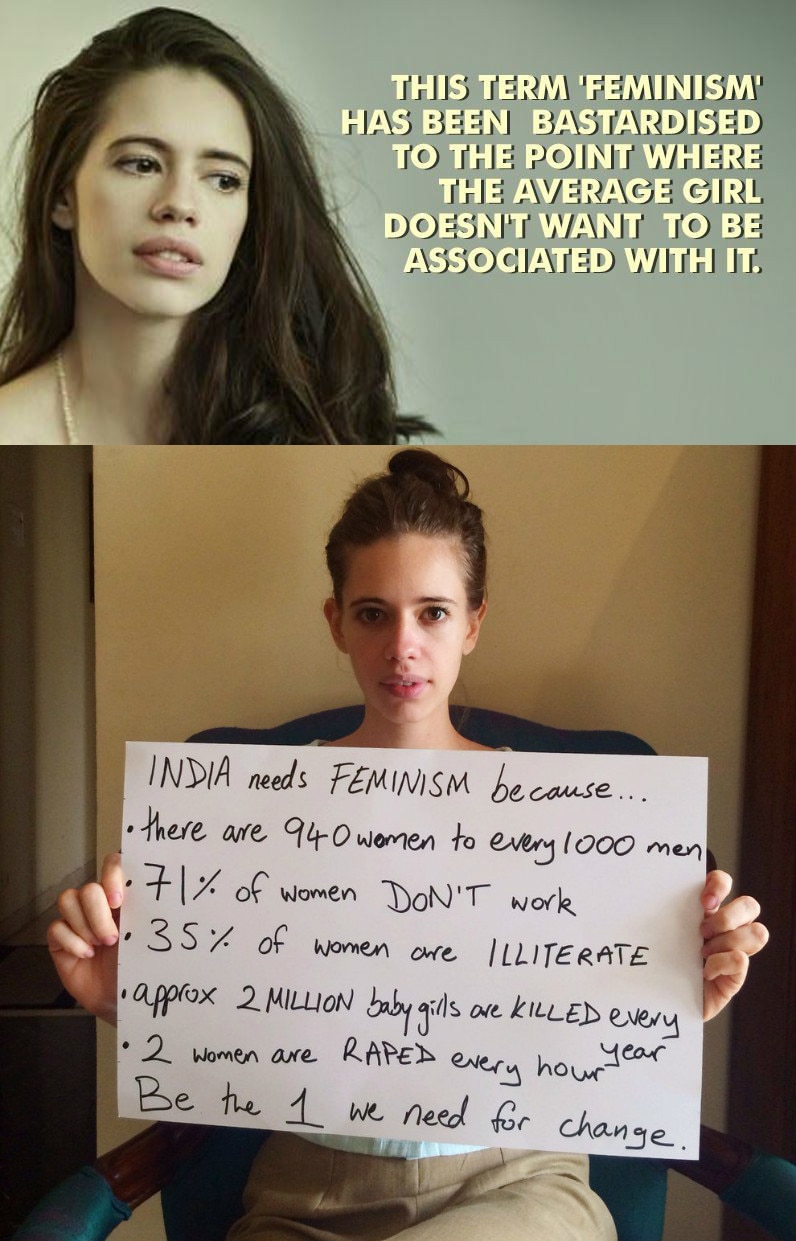 What pisses me off currently is politicizing the term ‘feminism’ by the media that even a common girl shies away from accepting that she is one of them. One does not need to be a woman to be a feminist. All those who support equality are part of that, including all genders. So, if I read news about the (proven) false dowry charges against the husband and his family I feel that something is not right. People generalize ALL women that this is what feminists want!

Nowadays people directly associate nudity (and bashing men) with feminism which is not right. Don’t get me wrong on this. I do not insult women based on what they wear. Nevertheless, I also believe that the right place and occasion need to be there in order to validate oneself. For instance, most people would feel uncomfortable if a girl wears a bikini in a funeral. False charges against men are also one of my concerns, due to which ‘feminism’ is losing its value, and so does the women empowerment that we shout about. I hope you got my point!

“Question everything that you are being told right from your childhood.”

The mindset needs to be changed, regardless of being much deep-rooted and the number of decades or centuries it might take. It is just the beginning of the journey and would require a lot of time and efforts to get things better. I believe that one day this patriarchy will shatter; that women will be able to raise their voice and will become truly empowered from within. They will be able to make rational decisions and won’t get stuck between what is right and what is ‘expected’ from them.

If a mother does not allow any other family members to kill her own unborn daughter, in my opinion, has already begun her battle. There are also (although, few) successful cases in which women turn against the whole family for their daughters and raise them all alone. Not only they need to raise strong daughters, but also it is necessary that they bring up sensible sons who later support their own future wives and girls.

There are families in my country who fully support their daughters based on the type of career they want to pursue, their choice of grooms they want to marry, the right age when they plan to marry, and so on. We need this attitude in every household. This is the true empowerment which is important for a country’s development, and is a reason in itself that why we would need it in the first place!