Everything About Self-Defense Training, Basic Understanding 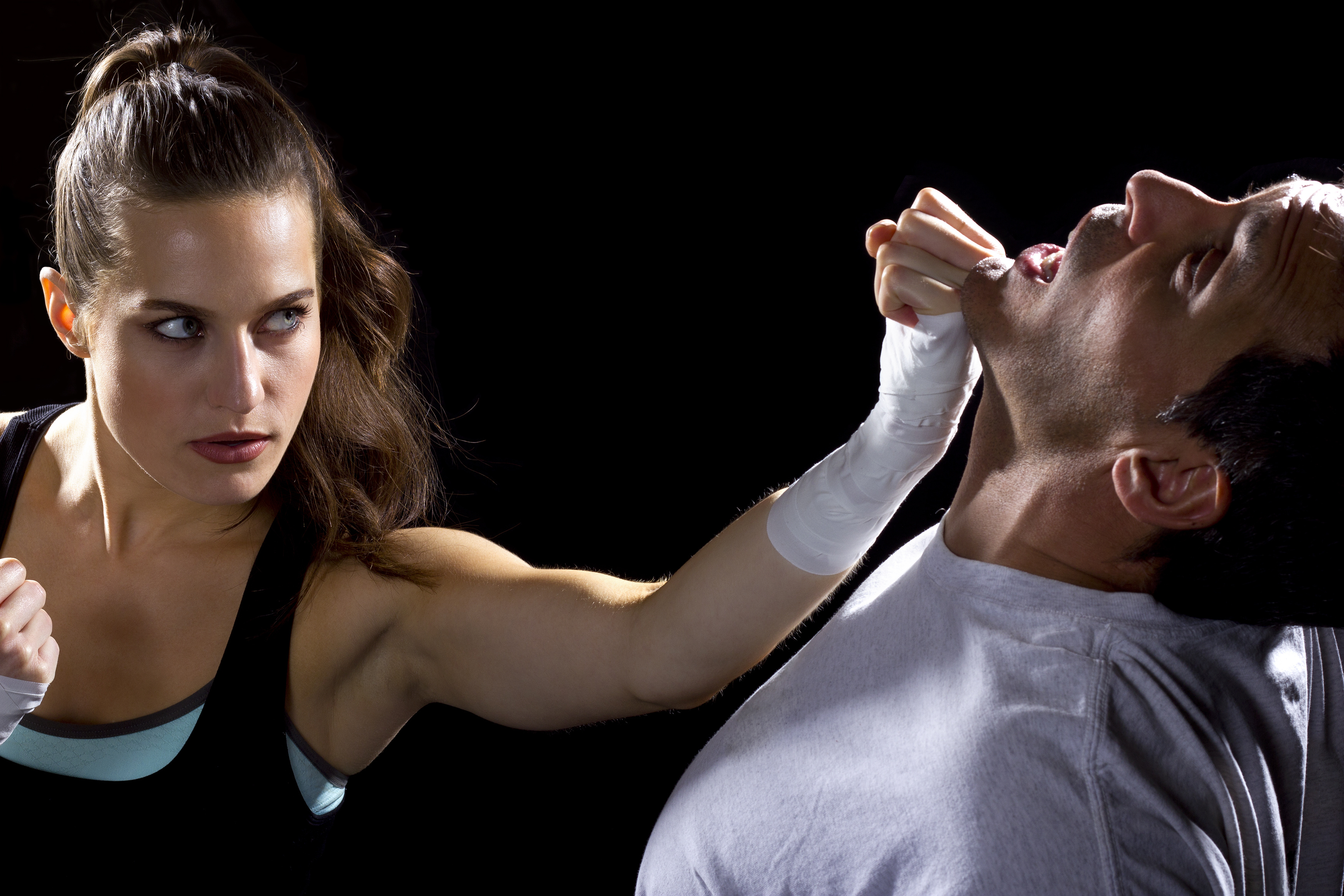 Self-defense has emerged into the most crucial and one of the must-haves for every innocent living individual who resides in today’s world. Women are more vulnerable targets as compared to men and so teaching them to fight back is a necessity. Since all forms of attacks are carried out in this world, knowing to defend oneself reduces the chances of being assaulted, raped, threatened, or robbed by potentially harmful predators.

It’s not all about simply kicking and punching whenever the situation arrives but becoming more aware and observing the “now”, just like meditators do. It is the fear that conquers the mind and does not allow the mind, body, and spirit align with each other. The thing is you need to calm yourself down even in such kinds of tensed condition. It is obviously easier said than done but a willingness to make a change and fight back is what overcomes everything. It is the mind that is going to activate your actions. Yes, the same mind that kept you “frozen” while you watched bad things happened to you as well as others.

Dealing with emotions, fear, and numbness

I personally feel that it is the fear and numbness that obstruct a woman’s ability to escape the situation without getting harmed. They are physically weaker than men, but much more weaker in their own head. Their minds are trained to submission since centuries which has lead to elevated confidence among the predators at present. Time is moving forward really fast and I believe that now is the time to take the situation in your own hands, rather waiting for someone (probably a male candidate) for help.

Self-defense training is there to control your emotions, boost your self-esteem with time, and so you would be able to face the real-time events with extreme courage. Gone are those days when you would need to find that “perfect” partner who pledges to “protect” you. It’s not a Bollywood film! Let’s face it. Most men are not well versed with practical martial arts techniques and so he wouldn’t be able to protect you in several potential situations even if he is willing to. You need to be your own bodyguard. Period.

Do you think before you perform actions like walking, cycling, swimming, or driving a car? Of course not! This is because you have memorized these skills subconsciously. Biologically speaking, your brain has created neuron pathways or connections in such a way that you do not have to consciously “think” before you act. Your body “knows” what it needs to perform next without a literal thought. This is called muscle memory and regular practice of Self-defense training re-designs the brain into routine patterns. 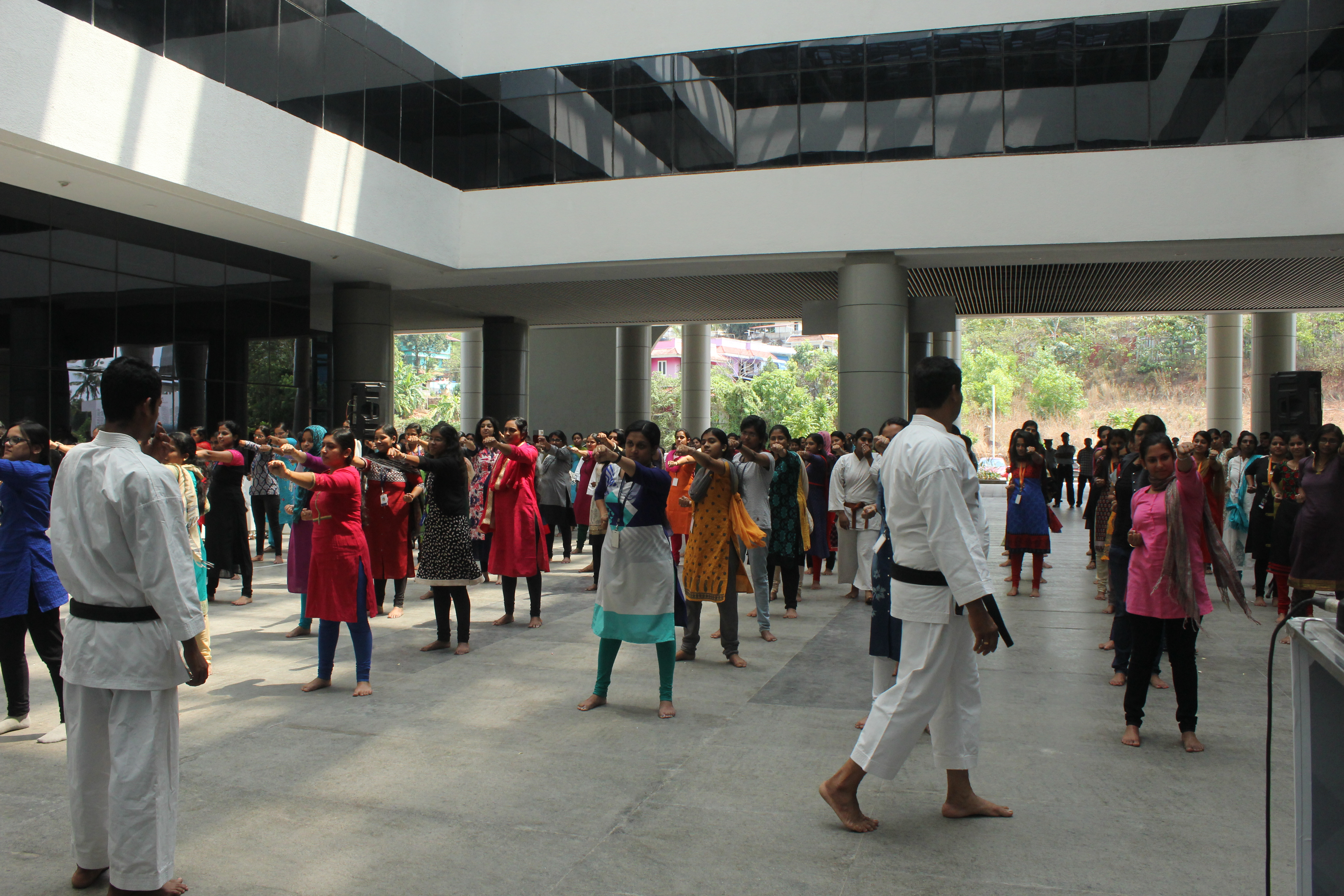 It is estimated that nearly 80% of the joiners who seriously start going to self-defense classes are victims of being stalked, molested, raped, incest, or marital abuse. Post-Traumatic Stress Disorder typically occurs to a person as a mental ailment if he/she is exposed to serious life-based trauma such as warfare, rape, fatal accidents, and so on. PTSD is more likely to develop among rape victims, hence also called as Rape Trauma Syndrome.

It is very much likely that the survivors get the “flashbacks” in the middle of training. Overcoming this phase sets them to become fearless, if they face the potentially harmful situation once again. Some predators feed on someone else’s vulnerability and might threaten them of raping again. This is usually because of the victim’s urges to fight back in courts and other public places, social media, police stations, etc. Most victims feel guilty of getting “frozen” and helpless, and let the predators harm them, despite of them getting extremely angry and their unwillingness to get involved. Self-defense training teaches to channelize the existing fear into empowerment by working on suppressed anger and actually acting out.

Both self-defense and martial arts bring in more confidence among women but there are similarities and differences in both the cases. Self-defense does not just prepare a person to literally kick and punch. It also focuses on becoming aware of the situation and escaping without getting hurt, and fighting only when absolutely necessary. The martial arts, on the other hand, teaches to fight with years of practice, which ultimately helps in self-defense.

The normal self-defense techniques could be taught to beginners, overweight or disabled person, and it does not need years of expertise. This is because it is more into providing awareness of the practical situation and methods to dealing with them all. Martial arts not necessarily involves real-time situation and this is why there are examples of women getting assaulted and raped, despite of them being a black-belt holder.

Those who teach self-defense techniques have to face issues as well. Some women are extremely sensitive to situations because of coping up with their PTSD where “flashbacks” pop-in, or they are naturally fearful because of low self-esteem. The trainers must be skilled enough to teach them to overcome that state of mind.

Another thing is, the real-time predator is going to target a woman with his full force, but someone who is giving training to them won’t, in order to avoid serious injuries. Women usually practice with each other which is not practical because everyone is a learner, is obviously not a threat and won’t give “real” panic. If they approach a man to fight with, chances are higher that men are not going to hit them that hard, either. You might face some kind of bad scenario in-between your training phase. Just consistently remind yourself – “I know how to tackle this. I CAN escape”.

One needs to be dedicated in whatever they decide to do. Therefore, investing specific time-frame is no exception. If you imagine yourself being mastered in these fighting techniques, you need to be dedicated long enough to become that “perfect” version of you.

A particular time-range gets you to the point of learning everything, which you are going to apply during the most basic situations that occur on routine basis. I am talking about those regular “coincidences” that occur to you while you travel from one place to another or walk in the market. Most women will relate to this what I am talking about. So, here is where you are going to begin your fighting journey. Your confidence will eventually build up with time and patience. 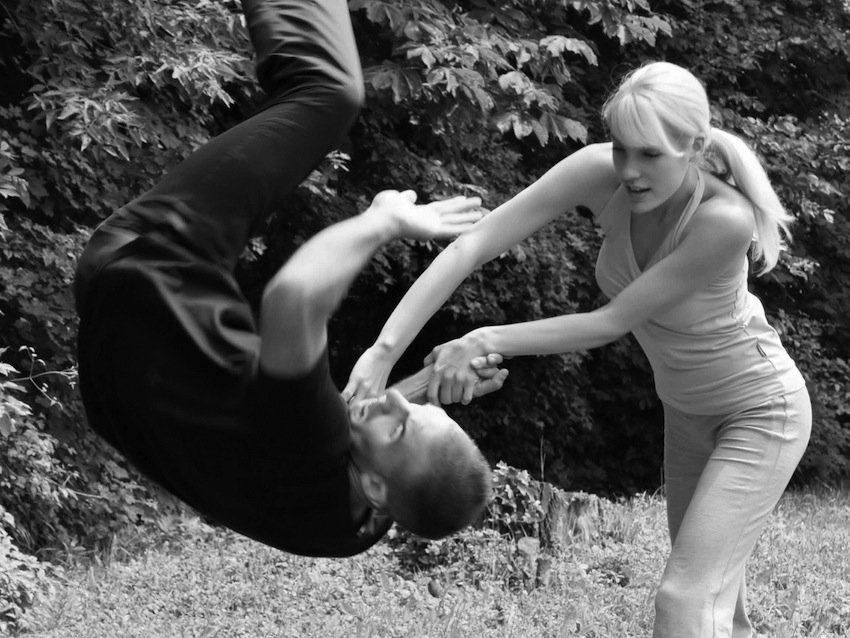 There are few transitional places that are comparatively more dangerous such as garage, parking lot, gas station, dark and quite places, where isolation could be possible. Another thing is most people get easily distracted by text messages, phone calls, social media, etc. that make them potential prey. While attending a phone call or texting one cannot even scan the places properly where they step in. If you are in any of the transitional places and walking alone, you must make sure that you ignore your phone’s beeps for a while and always keep your stuffs handy.

For instance, if you are in a parking lot make sure that you know where your keys are. Remain alert and try your best to minimize your time in such places. It is best that you keep your self-defense tools handy and easily accessible so as to tackle the situation that might arise from nowhere. Also do not expose your valuables, like iPhone, gold chains, lots of cash, etc.

Always remember to never act like a clueless new person in the city. Make your posture straight to look confident and who isn’t an easy target. Criminals are extremely opportunistic and they “interview” through their mind’s “checklist” of those people who are around them. It is you who is going to control this opportunity. So, better you avoid odd timings with odd people at odd places. Your “guts” will always tell you stuff to avoid. If it is too necessary to go not-so-safe places, like a parking lot of your workplace or a mall, then choose the right timings surrounded with crowd. Sometimes we end up alone and isolated. In that case, do as mentioned in the previous paragraph.

The trial-and-error is the key to success. The molesters could be anywhere. One can learn this on daily basis on how to tackle the most normal situations in places like public buses, metro railways, or any other place filled with people. It is not just about molesters but also thieves and robbers, and definitely just not protecting oneself but also another person in danger.

The most common reason to submission is our low self confidence as well as our “humanity”. Therefore, even if you know how to hit a person, no matter it is for your own good and protecting yourself, you are not going to hit them with full force. This happens even if you know that that person won’t shy away from beating you up harder than you would have imagined. The self protection training teaches you how to tackle such kinds of situations, i.e. not too hard that they die, but hard enough that they give-up. Last but not the least, believe in your hidden potentials. You survived till date, you will eventually survive till the rest of your life!