Should Marital Rape be Criminalized in India?

Rape is the most widely talked about subject when it comes to the crimes against women in India. No wonder it is the most heinous crime prevailing still, and instead of getting minimized, it is continually on the rise. And when it comes to the marital rape, the Law and Order has shown deaf ears already. It is not even criminalized in India, forget about giving the deserving perpetrator the harsh sentence.

Why won’t the society understand?

The society has already labeled the marriage as a sacred bond. What it failed to tell its people is the marriage should take place between two consenting adults who agree to give each other the deserving respect while they begin their marital journey. It is sacred only if one party isn’t physically/emotionally/spiritually hurting another. This very ‘sacred’ thing loses its value if chaos begins to occur.

In the society where we live, the term ‘sex’ is still a taboo and is never a subject to be talked about, even if someone literally demands it as a means to dominate another. What do you expect from those who think that the women are supposed to ‘serve’ their husbands’ expectations in order to make them feel powerful and controlling?

“When I was about to marry and there were just a few days left, my mother and sister would tell me that I should not resist what my husband demands and that I was supposed to allow him whatever he would ask me to do. On our first night, I did exactly that – told him to do as he pleased, even though deep down I was not ready to do it. To my surprise, he did not force upon me, but instead told me that he would wait till I am ‘ready’. It actually happened after three or four months of our marriage.”

I have encountered another woman who had the similar experience and I am sure there are other cases as well. This means that there are men who, despite much prevailing societal norms that expect submission, genuinely respect a woman’s right to choose whether she wishes to accept or denies. 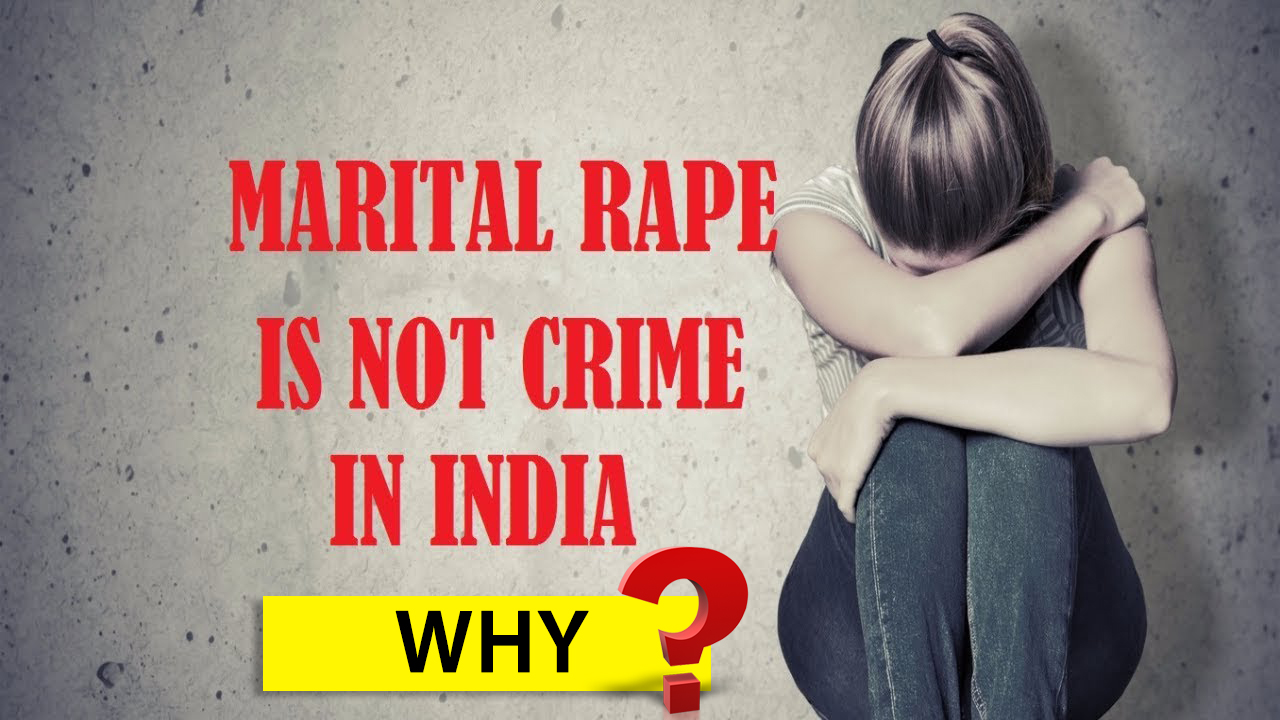 A Few Facts to Consider

Statistically speaking, 66 out of 1000 women had admitted facing sexual violence by their own husbands in the year 2005-2006. As compared to other Asian countries like Bangladesh, Kenya, Nepal, Pakistan, etc., India is still in a better position, but as compared to the developed countries it is still far from the positive. The most sexual violence that Indian women face is within their own marriage.

“The husband cannot be guilty of a rape committed by himself upon his lawful wife, for by their mutual matrimonial consent and contract the wife hath given up herself in this kind unto her husband, which she cannot retract.”

I don’t think the above statement makes a logical point. First of all, the ‘lawful wife’ who has the marriage ‘contract’ with her husband does not have the right to deny or accept her own marriage proposal. This is because her family decides her groom and she is bound to marry whoever she gets.

The Indian Penal Code is quite confusing in this regard. It has legalized the right to marry post 18 years of age for a girl, but at the same time gives the husband the right to rape his wife if she is 15 years old or more. This means that the husband will be punished only if the wife is below 15 years, and that too not very severely.

“Sexual intercourse by a man with his own wife, the wife not being under fifteen years of age, is not rape.”

Marital rape is illegal in 3 Australian States, 18 (out of 50) American States, New Zealand, Israel, the Soviet Union, France, Denmark, Canada, Norway, Poland, Sweden, and Czechoslovakia. This means that it is not just India which is fighting for it. There are numerous countries. A number of countries haven’t yet started speaking up for this matter. This is a global issue which is also a part of the human rights.

What if she has lost interest totally, or has never developed it in the first place? Is the husband supposed to wait like forever?

Direct communication is the key to know the real reasons behind. The couple may go to the marriage counselor as well who would give them the practical advice. If nothing seems to settle, the option of divorce is always there. Why would a person forcefully do it if she isn’t even showing the positive signs at all? This is because there are some people who feel the pleasure by inducing the pain to another. They are no different than those rapists who are random strangers to the victim, or someone who is simply an acquaintance, but still feels like he has the literal control over her.

Marital rape or any other kind of physical violence also happens in the countries like Denmark, Germany, United Kingdon, United States, but the thing is these countries have the dealing better. Moreover, the society existing in the developed countries are more cooperating and never blames the victims because they have already moved on from the subjects like “women’s duties” and all.

“She ran to her parents’ home because of the daily abuse. Although, she wasn’t legally divorced. Her husband then came to the house where she stayed and raped her, even though her parents were present. They couldn’t stop him because according to them, the couple was trying to solve the matter.”

The kind of mindset that says that women are supposed to do this or that and the couple is resolving their “private” matters on their own behind the doors is so deep-rooted and dreadfully nonsensical. It needs to stop. Unless the people tend to change their mentality, it would take no less than a century to make the alterations in the existing legal system. 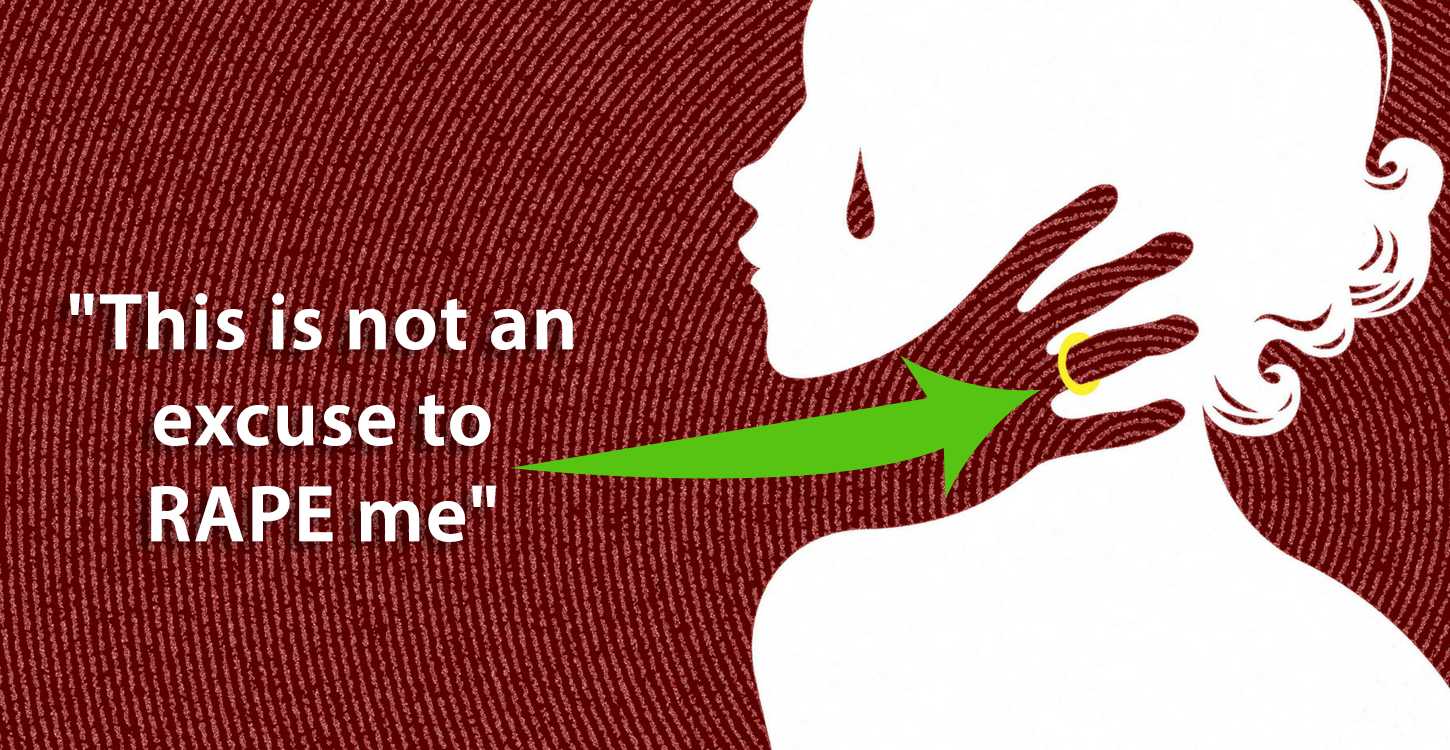 Why doesn’t she get a divorce then?

Getting humiliation for many months or years makes a person extremely scared and mentally exhausted to the point of taking impractical decisions. Moreover, most people wouldn’t support the victim and would rather suggest her to silently suffer. This is because of her inability to support herself financially and the peer pressure from the other family members who would always tend to stop her from washing dirty linen in public.

Questions like “How could she file an FIR against her own husband?”, “She is supposed to obey the duties. What was she thinking?”, etc. are hurtful.

People are more into victim-blaming and shaming attitude. This makes the victim feel the regret for life, even though, it was never her fault at all. Statements like “She must have done something wrong”, “The husband has the right to do whatever he wishes”, and so on are used on the daily basis. This does not let her file for the divorce.

What if she makes the false allegations?

There are both kinds of people in the world – Good and Bad – and it is certainly not gender-specific. Even in the case of a murder, the concerning parties have to submit a strong evidence/witnesses to prove their allegations, which might or might not get proved. False allegations result in the life imprisonment of those who were not at fault.

So, does that mean that murder shouldn’t be criminalized? It certainly should be and it surely is because just a few fake cases are filed, one cannot ignore the real cases. Likewise, the wrong things are going on in many households that need to be addressed. It is asking for the very basic human right that a person gets deprived of. It is not about asking any special kind of privileges.

How would the genuine case get proved?

What about men? Don’t they too face the violence of any form?

Yes, men also face vengeful acts by women and get the daily doses of physical and/or mental abuse. They have the full right to file an FIR against their spouse. Asking for the women’s rights does not refer to neglecting the men’s rights. I would again blame the society for this because it has labeled them to remain “manly” and “controlling”, and they are not supposed to be the “victims”. Those who fail to do so and somehow become the sufferer of the abuses are not worthy in the public’s eye. They never complain to the police out of shame. They suffer in silence even more than one could ever imagine.

Conclusion:- In my opinion, we as the members of this society should come forward to ban all kinds of social injustices that are widely accepted at present, irrespective of the gender. I give my support to all those who suffer behind the doors silently and cannot raise their voice. Marital rape should be criminalized in my country, India.